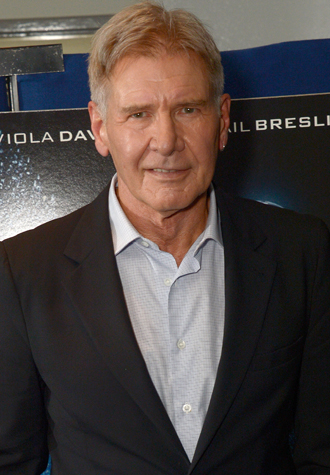 Actor Harrison Ford was injured on the set of “Star Wars: Episode VII” on Thursday and taken to a hospital for treatment, a Disney representative said.

Ford, 71, hurt his ankle while filming at Pinewood Studios, on the outskirts of London, Disney spokesman Paul Roeder said.

Filming will continue on schedule while Ford recovers. The actor was taken to nearby John Radcliffe Hospital in Oxford.

Thames Valley Police said on its official Twitter feed that police responded to an incident where “a 71-year-old man was airlifted to hospital with injuries not believed to be life-threatening.” A second tweet said the mishap “is believed to have involved a garage door.”

Vanessa Davies, a unit publicist for the “Star Wars” film, said any reports that Ford suffered other injuries as well were untrue.

The actor is reprising his role as Han Solo in the highly anticipated Disney reboot of the “Star Wars” franchise, directed by J.J. Abrams and scheduled for release in December 2015.

It is the first of three new films that will continue the saga created by George Lucas, after Disney purchased Lucasfilm in 2012 for $4.05 billion.

The film’s plot has been kept a secret, but Abrams has said the cast will include Ford, Carrie Fisher, Mark Hamill, Andy Serkis and Oscar-winner Lupita Nyong’o.

The movie is set 30 years after “Return of the Jedi.”