In the center of the vortex

In the center of the vortex 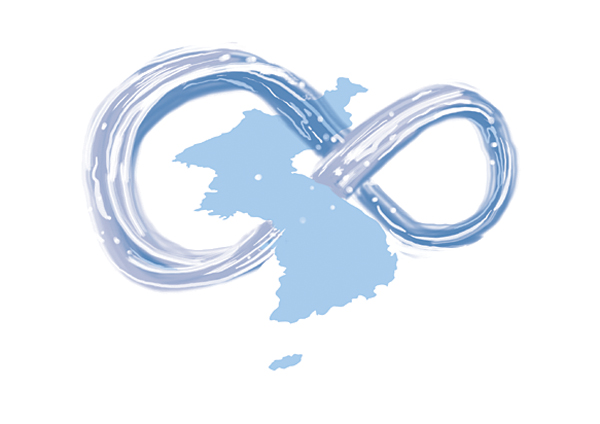 The first half of 2014 is nearly finished. International forums held earlier this year compared 1914 and 2014. A century is a long period of time for a single human but only a short span in human history.

The year 1914 was a turning point in modern history with the start of World War I. The so-called “war to end all wars” changed the world order and redefined the sovereign system as well as the fate of each country involved. European monarchs collapsed, imperialism declined and the Russian revolution was triggered. Communist and socialist states emerged, and capitalism was significantly modified.

At the Davos World Economic Forum earlier this year, Japanese Prime Minister Shinzo Abe compared his country’s current relationship with China to the U.K.-Germany relationship on the eve of World War I. The rise of a new world power is bound to elevation tension in the region.

However, he failed to note that tensions can develop into war if existing powers fail to acknowledge the new power and allow for its expansion. World War I broke out as the existing powers - Britain and France - attempted to check the emergence of Germany, and the war left all three countries deeply wounded. The center of the world economy shifted to the United States, and the international monetary order of the gold standard collapsed. The view of British economist John Maynard Keynes, the financial representative of the Treasury of the United Kingdom to the Paris Peace Conference who helped negotiate post-war compensation, inspired Keynesian economics. The Great Depression that hit the global economy changed the role of the government.

Today, China has emerged as the most powerful nation in the world, not just in Northeast Asia. The world order led by the United States and United Kingdom after two world wars is seriously challenged in the multi-polar era. As globalization eliminated economic borders, the existing governance of each country has been faced with serious limitations. Politics and government are restricted by the old borders of sovereign states, but policy tasks require a global approach. No single country can solve problems without cooperation with another country, but politics is trapped in domestic issues. In the international economy and diplomacy, multilateral groups like the WTO and United Nations are increasingly neglected, and countries are relying on bilateral systems and diplomacy, such as free trade agreements. Britain has expanded 18 legations abroad in the past four years.

World War I resulted in trade sanctions among Western nations and boosted demand for Japanese products from the fledgling industrial country, helping Japan emerge as an international power. Japan’s trade turned from chronic deficit to surplus, and as a result, Japan expanded capital investment on the Korean Peninsula. In the 1930s, the Korean Peninsula began the process of industrialization. The Joseon governor-general pursued the industrialization of Korea by providing financial assistance and tax benefits to Japan’s new tycoons in order to advance into Manchuria and mainland China. Japan’s industrialization policy during the colonial period was repeated in the independent state of the Republic of Korea as an economic development strategy in the 1960s and 70s.

Now, Northeast Asia is once again at the heart of a changing world order. A hundred years ago, China had to concede the Shandong Peninsula to Germany and then to Japan. Now, China wants to set up the new world order. It has unilaterally declared the Air Defense Identification Zone and started to globalize the Chinese Yuan.

History is like water: It may flow softly like a stream or fiercely like a waterfall, but it always flows continuously. The slope and speed may vary, it just never stops. When the Northeast Asia order was in turmoil, the Korean Peninsula always suffered the most. One hundred years ago, Korea’s name was erased from the world map. We managed to take back the country and accomplish notable economic growth. In many ways, however, Korea is standing in the middle of the vortex again. We desperately need historical insight to read the changes in the world and in the Northeast Asian order, national strategy and system reorganization and political, diplomatic and management skills.

Media headlines focus on daily issues. However, the grand shift of world history is constantly happening behind these headlines. And the government is issuing fancy slogans that even it cannot clearly define. On top of the “creative economy,” “normalization of abnormality,” “unification jackpot” and “economic innovation,” “national rebuilding” has been added. Despite these fancy phrases, we have seen no substantial changes in the past year and half. The state administration drifts between agendas. We cannot let Korea drift when the climate around the Korean Peninsula is rapidly changing and the tasks we face are increasingly grave.