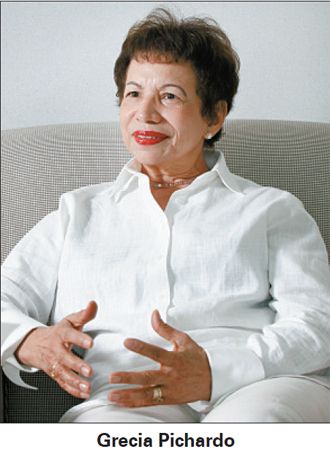 But Grecia Pichardo, the Dominican ambassador to Korea, recently took steps to call attention to those efforts and the assets her country has to offer by initiating an investment forum on Monday at the Lotte Hotel in central Seoul.

The Dominican Trade & Investment Forum, hosted by the embassy, saw about 120 participants attend and “provided a unique opportunity for potential investors to learn about the country’s capabilities and strengths, and the competitiveness of our existing structure,” the Caribbean nation’s top envoy said.

Pichardo recently sat down with the Korea JoongAng Daily to discuss the event, trade between Korea and the Dominican Republic and the business potential of that partnership.

Q. What was the main goal of the forum?

A. The forum’s key objective was to present to relevant Korean enterprises and businessmen all the advantages and incentives offered by the Free Trade Zones of the Dominican Republic for the processing, manufacturing and outsourcing of their products and services.

The event was the first of its kind to be held by our embassy in Korea … [and] also featured match-making sessions with important representatives from the private and public sectors in the Dominican Republic so Korean businessmen could also explore prospective new partnerships with prominent Dominican counterparts.

In which field do you think that Korea and the Dominican Republic can forge a mutual interest?

Ever since the establishment of diplomatic relations between the Dominican Republic and the Republic of Korea in 1962, bilateral ties have proven constant and progressive, and the spectrum for potential cooperation between the two countries has no boundaries.

However, taking into consideration the extraordinary advances Korea has experienced in all areas of industry, especially ICTs [information and communications technology], the two countries have already started to collaborate actively in the fields of e-government and e-learning. By emulating Korea’s experience and know-how, our country has been able to take firm steps toward the strengthening of our institutional structures.

This interaction has been very constructive for both countries. While we nurture our capacities with Korea’s knowledge and technology, Korea continues to effectively promote its national brand and image in Latin America and the Caribbean.

What kind of Korean companies are most interested in investing in the Dominican Republic?

A wide range of companies have shown interest in exploring the possibilities of investing or doing business in the Dominican Republic. In fact, over 35 companies confirmed their participation in the forum, ranging from ICT to vehicle manufacturers. In the Dominican’s free economic zones, diverse businesses - from electrical components to sports apparel - can be produced with various advantages.

These are some of the specific products that can be manufactured with high standards of quality in the industrial free zones for export from the Dominican Republic.

What are the Dominican Republic’s main exports to Korea?

Our country exports large quantities of ferronickel for the production of semiconductors, as well as medical and pharmaceutical equipment. Other important products are iron and steel, footwear and textiles, coffee and cocoa, electrical components and fine cigars.

Products such as medical devices, bananas, sugarcane, flour, jewelry, safety devices and alarms have been identified as having potential to enter the Korean market successfully.

Is there any competitive point to the Dominican Republic that you want to emphasize?

With a GDP of $60 billion, the Dominican Republic is the largest economy in Central America and the Caribbean, and the seventh in Latin America [according to the International Monetary Fund]. In the first quarter of 2014, the Dominican economy has grown 5.5 percent. In fact, it is worth noting that we have been experiencing steady and positive economic growth for several decades.

We have eight international airports and modern seaports, not to mention our strategic location in the heart of the American continent serving as a hub, three hours away from New York City and one and a half hours away from Miami.

Also, the Dominican Republic provides significant tax cuts and incentives to producers and generators of renewable energy, making our country the largest producer in the Caribbean. This is an area where Korean companies can effectively set their sights for potential investment.

Could you expand on the size of investment and trade between the Dominican Republic and Korea?

Trade between the two countries has been increasing steadily over the last five years. The current trade balance is around $175 million. Korean investment recorded in the Dominican Republic in 2013 totaled $27.8 million, mainly in the Free Zones, generating 1,800 jobs.

The Dominican Republic attracts a number of tourists thanks to our diverse landscape and scenery, ranging from the highest mountain (Pico Duarte) to the largest lake (Lago Enriquillo) in the Caribbean, and a native cuisine that blends the best Spanish, French and African food. Our rich historical past, [which is present] in the majestic monuments of the colonial area of Santo Domingo [the capital], also appeals to many tourists.

[...] Our embassy, with the assistance of the Korea World Travel Fair Association (KOTFA) and five local tour operators so far, has been carrying out an intensive promotion of the Dominican Republic as a new and refreshing alternative for Korean tourists.