Out of coma, Schumacher transferred

Out of coma, Schumacher transferred 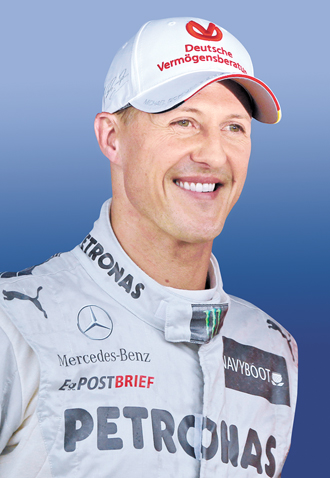 Seven-time Formula One racing champion Michael Schumacher, who suffered severe head injuries in a ski accident last year, has come out of a coma and was transferred to a Swiss medical center on Monday, officials said. They gave no details on his condition.

Schumacher, the most successful Formula One racer of all time, has had several brain operations since his accident in the French Alps in late December. He was moved Monday to Lausanne’s CHUV hospital, a sprawling modern glass-fronted complex above Lake Geneva.

The center treated former Zairean dictator Mobutu Sese Seko for cancer in the mid-1990s and last year its forensic scientists analyzed the remains of Palestinian leader Yasser Arafat for traces of poison.

Schumacher, hugely popular in his native Germany and across the world in a sport that had become immensely lucrative in the course of his career, has been regularly visited at his bedside by his wife, Corinna.

Doctors reported in April that he was showing signs of waking from a coma artificially induced to limit any brain damage.

He slammed his head against a rock while backcountry skiing over the Christmas holidays near their chalet at Meribel in the French Alps, about two hours from their home along Lake Geneva.

“Michael has left the CHU Grenoble [hospital, in France] to continue his long phase of rehabilitation. He is not in a coma anymore,” spokeswoman Sabine Kehm said in a statement.

Lausanne hospital spokesman Darcy Christen confirmed Schumacher had been admitted but declined to say what unit he was being treated in, citing medical confidentiality and family privacy.

Professor Simone Di Giovanni, an expert in restorative neuroscience at Imperial College London, said it was very difficult to predict recovery in people emerging from a coma.

“In this case, nobody - with the exception of the doctors treating Michael Schumacher - knows the patient’s condition.”

He added, however, that rehabilitation would almost certainly improve Schumacher’s clinical condition - whatever it is - over time.

Schumacher, 45, won a record 91 Grand Prix races before retiring in 2006. He made a brief comeback with Mercedes, but finally stopped racing last year.