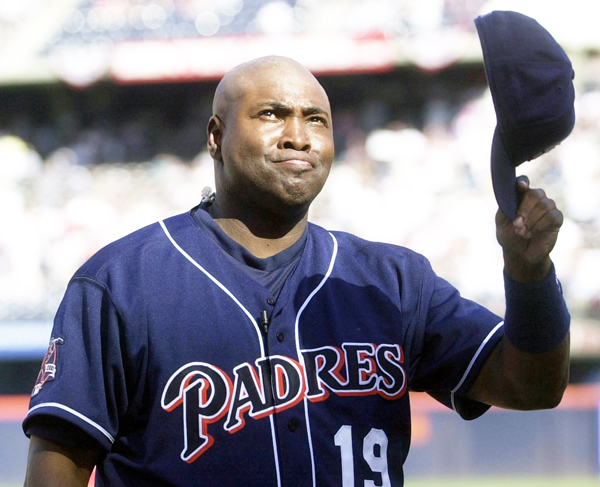 Tony Gwynn, an eight-time batting champion and All-Star for almost his entire 20-year Major League Baseball career, has died of cancer at 54.

Gwynn’s sweet left-handed swing made him one of San Diego’s best-loved athletes. Nicknamed “Mr. Padre,’’ he was inducted into the Baseball Hall of Fame in 2007.

“For more than 30 years, Tony Gwynn was a source of universal goodwill in the national pastime, and he will be deeply missed by the many people he touched,’’ said Commissioner Bud Selig.

Gwynn had been on a medical leave from his job as baseball coach at San Diego State, his alma mater, since late March. Agent John Boggs said Gwynn died on Monday at a hospital near his home in suburban Poway.

Gwynn had two operations for cancer in his right cheek from August 2010 to February 2012. The second surgery was complicated, with surgeons removing a facial nerve because it was intertwined with a tumor inside his right cheek.

Gwynn said he believed the cancer was from chewing tobacco.

Gwynn spent his entire MLB career with the Padres, choosing to stay rather than leaving for bigger paychecks elsewhere. His terrific hand-eye coordination made him one of the game’s greatest contact hitters. He had 3,141 hits, a career .338 batting average and won eight National League batting titles. After his rookie year, he had 19 straight .300 seasons.

After parts of just two seasons in the minor leagues, he made his big league debut on July 19, 1982. Gwynn had two hits that night, including a double, against the Philadelphia Phillies.