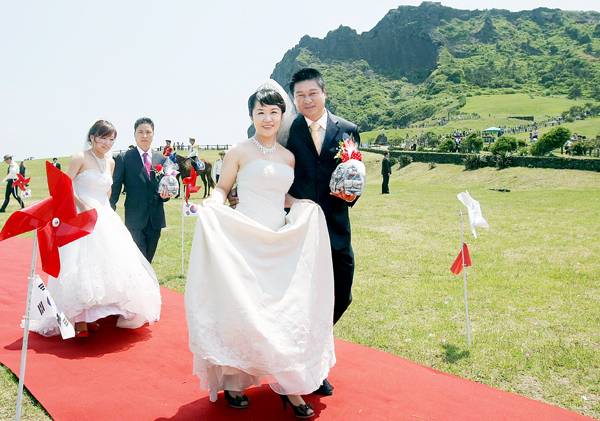 China Merchants Bank is one of the major commercial banks in China, and its Chinese name means “inviting merchants.” But you can hear the name of the financial institution in an unlikely place.

When an obstetrician mentions China Merchants Bank, it means, “Congratulations! It’s a girl!” If you’re having a boy, the doctor will say, “It’s China Construction Bank.”

The reference is because of Chinese wedding culture. When young couples marry, the groom’s family is expected to prepare a house and a car while the bride’s side pays for the wedding. The parents of a boy have to work hard, just like in construction, to save up for their son, whereas having a girl is like buying a high-yield product that will mature in 20 to 30 years from China Merchant Bank.

The joke is funny, but we can’t laugh. According to a survey by the Beijing authorities, this year’s college graduates hope to receive 3,680 yuan, or about $591, a month. Actual entry-level salaries are lower, but the price of apartments in Beijing is as expensive as Seoul. New constructions in the suburbs go for 28,000 yuan per square meter. A husband and wife could not buy a 100 square-meter apartment even if they both worked for 10 years and save up all their earnings. And this is a simple calculation that does not take the rising housing price and wage increase into account.

You may wonder why Chinese people traditionally think newly wedded couples should own a house. Young couples may want to start from a small rental. However, this is not easy in China, where lease protection is nonexistent. The landlord can sell the property at anytime and terminate the contract. As a result, when Chinese people get married, they want to have their own house.

Very few young Chinese men and women can get married without the financial help of their parents. The “small emperors” of the one-child policy are known to depend on their mothers and fathers, and life is often determined by their financial status in Socialist China. Many buy a house for their son and spend the rest of their lives paying off a mortgage loan. They are known as “house slaves.”

The situation is not limited to China. In Korea, the young generation is being forced to give up three things in life: having a relationship, getting married and having children. I can’t say which country has a more serious problem, but both Korean and Chinese society obviously don’t support marriage. A nation that discourages forming a community of family is seriously in the wrong. Think about a country where there is a minority of married winners and a majority of single losers. It would be disastrous.