The case for a nuclear-free South

The case for a nuclear-free South 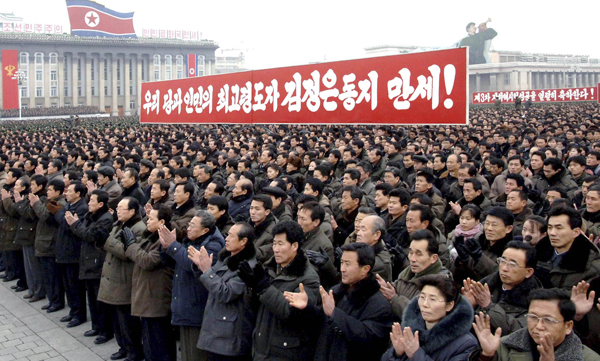 The views expressed here are the author’s alone and do not represent the official position of the U.S. Department of the Navy, the Department of Defense or the U.S. government.

South Korea is a member in good standing of the nuclear non-proliferation treaty (NPT). Withdrawing from the NPT, the foremost international agreement to halt the spread of nuclear weapons would have serious consequences on the Korean Peninsula and beyond. South Korea would likely face international condemnation for leaving the NPT, with possible economic repercussions that could damage its export-dependent economy. In particular, South Korea’s growing civilian nuclear energy sector that has aspirations of becoming a major international player would face severe penalties including restrictions on access to nuclear fuel and technology as well as foreign markets for sales. Any hope of revising the 123 Nuclear Cooperation Agreement with the United States to allow South Korea to enrich and reprocess fuel for its nuclear industry would be gone. South Korea would be joining the North in the small club of isolated states that have withdrawn from the NPT to seek nuclear weapons.

South Korea would also lose international support and the moral high ground in its struggle to denuclearize the peninsula. Many have argued Pyongyang’s nuclear ambitions along with its voiding of the 1992 Denuclearization Agreement and 2005 Joint Statement from the Six Party Talks, agreements that commit Pyongyang and Seoul to denuclearizing the peninsula, have ended any of Seoul’s obligations to exercise nuclear restraint. But this would be a serious abdication of South Korea’s leadership in international non-proliferation as exemplified by its hosting of the 2012 Nuclear Security Summit. South Korea’s pursuit of nuclear weapons would undermine the NPT’s credibility and weaken restraints for others such as Japan and Saudi Arabia. Moreover, international support, particularly from China and Russia, to keep the pressure on North Korea to denuclearize, would likely fade.

There would no doubt also be repercussions for the ROK-U.S. alliance. Washington has long provided a credible security guarantee along with its declaration of the nuclear umbrella in part, in return for South Korea forgoing a nuclear option. South Korea’s acquisition of nuclear weapons would remove the rationale for the extension of U.S. nuclear deterrence and undermine the U.S. security commitment to Seoul.

Most importantly, South Korea does not need nuclear weapons to bolster its security. At the strategic level, deterrence remains robust and the likelihood of North Korea challenging the strategic status quo with an invasion or other type of large scale military operation is highly unlikely. Any action of this sort would lead to a devastating response from South Korea and the United States that would signal the end of the regime. South Korean acquisition of nuclear weapons would do little to improve an already stable strategic deterrence situation that has existed in Korea for decades and would, in fact, hurt South Korean security by weakening the U.S. alliance, undermining Russian and Chinese support for North Korean sanctions, and give Pyongyang a freer hand to pursue its nuclear weapons program.

The greater concern for Korean and U.S. security planners is deterring lower level provocations such as the sinking of the Cheonan and the shelling of Yeonpyeong Island, and again, Seoul’s acquisition of nuclear weapons will do little to deter North Korea from these sorts of actions in the same way that Israel’s nuclear weapons have done little to deter rocket attacks from Lebanon or Gaza.

In the end, the costs to Korea for going nuclear are substantial and the security gains are minimal at best. Though its frustration and feelings of vulnerability are understandable, obtaining its own nuclear deterrent is not the solution and would likely do more harm than good.

*The author is a professor at the U.S. Naval War College and a research fellow at Harvard University in the Project on Managing the Atom.