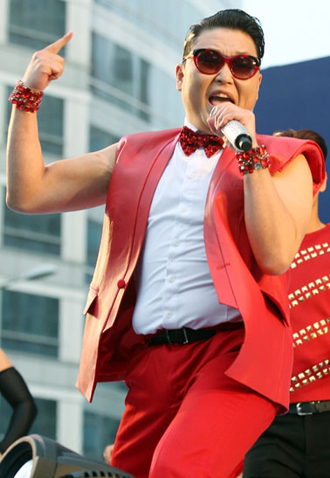 On a specially built stage in front of Coex mall, Psy performed “Champion,” “Gangnam Style” and “Gentleman” to get the crowd going. Fans showed up early morning to several spots around Seoul to watch the game together.

“Many people might have expected me to sing my latest release ‘Hangover’ today, but I won’t. How can I sing about hangovers when I am cheering for the national team?” said the 36-year-old singer-rapper during the performance.

“Although ‘Gangnam Style’ has won global success, ‘Champion’ is the most important song to me,” added Psy.

The Korea-vs-Russia game ended in a 1-1 tie. The next game for the Taegeuk Warriors will be on Monday at 4 a.m. against Algeria.