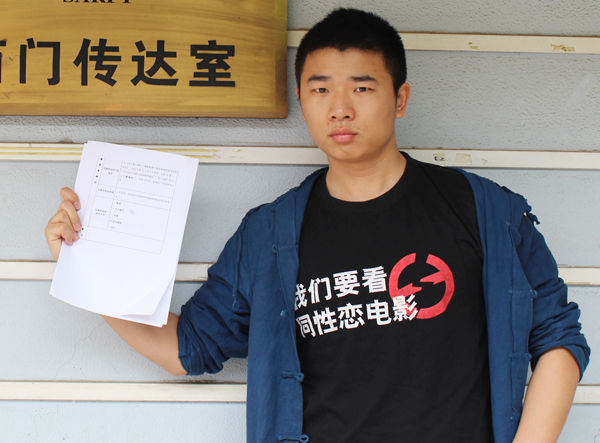 Coming out to one’s family is a common rite of passage for gays and lesbians around the world. But China’s queer community faces unique challenges, including a one-child policy that puts pressure on sons or daughters to provide their parents with grandkids.

With the nation’s rapid development, however, social attitudes are also changing.

Chinese film director and activist Fan Popo was in Seoul last Friday to screen “Mama Rainbow,” his documentary about Chinese mothers’ acceptance of their child’s homosexuality, as part of the 14th Korea Queer Film Festival.

For the curious audience at Sungmisan Theater in Mangwon-dong, western Seoul, the film showed a more positive side of gay life than what is often portrayed in the media or local queer cinema.

In the documentary, six LGBT children and their mothers are interviewed about their coming-out process.

“I asked my mom jokingly what she would do if I brought a guy home,” recounts Wugui, a gay college student Fan interviews with his mom in Shanghai.

“She said, ‘Oh, that would be great, I wouldn’t have to quarrel with a daughter-in-law and I would have a second son so I won’t have to worry about grandsons.’ And then I decided to tell her right then.”

His mother, sitting next to him in their apartment, replies that “God created these angels, so there must be a purpose for these angels in the world.”

The vignettes, showing Chinese parents and their children chatting openly on camera about sexuality, may come as a surprise to viewers who never imagined this was possible in China. Fan notes that just finding his subjects was indeed a tough process. 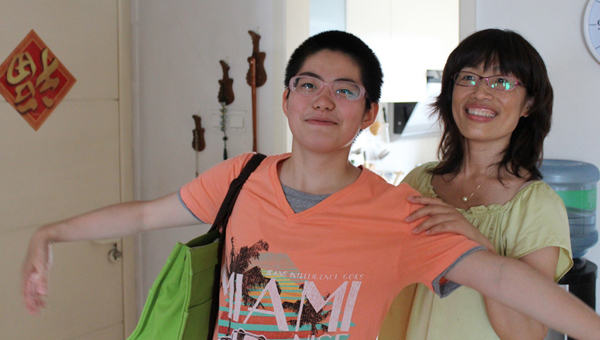 “I never thought we could make this movie,” said Fan. “Many of the parents said at first that we could only show the film at small venues or outside of China. But after the filming process, they all changed their minds and agreed we could show it anywhere. I saw huge progress even in the course of making the film.”

Those interviewed are involved in a nonprofit called Pflag China, a support group that brings together Chinese parents of LGBT, or tongxinglian as they are known in Chinese. “Mama Rainbow” is the fourth film for Fan, who graduated in 2007 from the Beijing Film Academy.

Fan admits that those interviewed in the film are more of the exception than the rule, but he says he wanted to break stereotypes and show what is possible.

Even though all of the parents interviewed now accept their children, coming out is not all smiles and hugs in a country where homosexuality was illegal until 1997 and officially considered a mental disorder until 2001.

Another parent known as Mama Xuan, who recounts how her son was bullied and forced to leave his high school, accepts her son but warned him, “You’ve chosen this road, but it might be very painful and difficult so you need to prepare yourself.”

In addition to family pressure, the LGBT community faces significant political hurdles in China. This documentary, as Fan reminded the audience, could never gain official approval in China, where all films are still censored by the state. Gay pride parades are still banned in China, and organizers of Beijing’s Queer Film Festival sometimes had to resort to crafty measures to avoid the authorities, according to Fan, such as screening movies onboard a bus.

“In China, the LGBT community doesn’t have the right to march, but neither do the anti-gay protesters,” Fan tells the audience.

He compared this with the recent Korea Queer Culture Festival, in which thousands of supporters of gay rights who turned out for a parade in Sinchon were met by a vocal group of religious protesters.

When asked by the organizer if he could make a Korean version of the film, Fan said that he would have to first learn Korean. But he said he sees a growing LGBT community in Seoul that gives him hope, despite entrenched negative attitudes toward homosexuality.

Fan said he hopes the film will “build a bridge of communication between LGBT and their families” and show that, while it can be difficult, parents who embrace their children can actually create stronger relationships.

“This message is inspiring not only to parents of LGBTs but to straight families as well,” Fan said. “It’s about a new family value based not on control but on freedom.”

The director’s next documentary will focus on fathers of Chinese LGBT children.