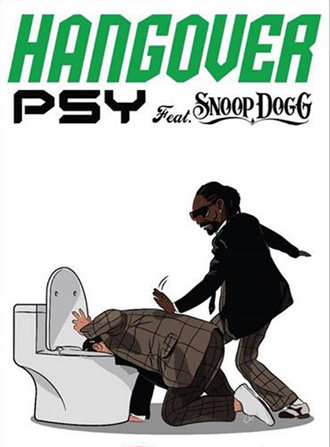 After becoming an international star with “Gangnam Style,” Psy debuted in 26th place with his latest single “Hangover” on Billboard’s Hot 100 chart, according to local media yesterday.

The American music chart said that 90 percent of the song’s ratings came from online streaming, adding that the track was streamed 7.3 million times in the United States, mostly on Vevo and YouTube.

Psy’s previous two hits “Gangnam Style” and “Gentleman” reached the No. 2 spot and No. 5 spot, respectively, on the chart.

The 36-year-old singer performed on a stage in Samseong-dong, southern Seoul, on Wednesday morning to cheer on the Korean national football team’s first World Cup match against Russia. However, he didn’t perform “Hangover,” saying that it was “disrespectful” to sing about hangovers before the Taegeuk Warriors play.