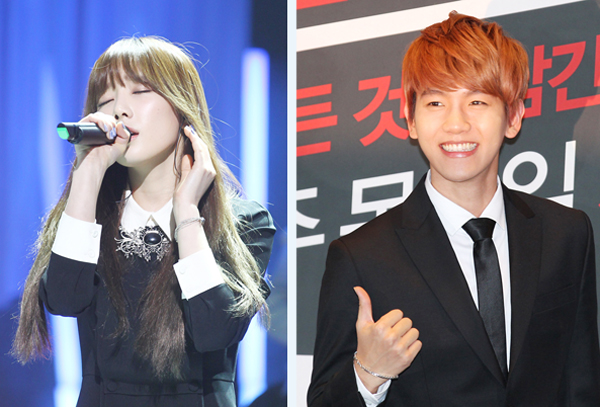 Byun Baek-hyun, 22, and Kim Tae-yeon, 25, from SM Entertainment’s leading idol groups Exo and Girls’ Generation, have been spotted on a date, according to an exclusive report by Korean online news outlet Dispatch yesterday.

The two reportedly started dating four months ago, mostly secretively and late at night in a car.

In one of the photos posted, Tae-yeon was spotted picking up Baek-hyun near his residence in Gwangjin District, eastern Seoul, last month when Baek-hyun’s group was rehearsing for its solo Seoul concert.

Later in the day, SM Entertainment, one of the nation’s biggest entertainment companies, admitted their exclusive relationship, saying, “They began as a senior-junior relationship and have recently started to have good feelings toward each other.”