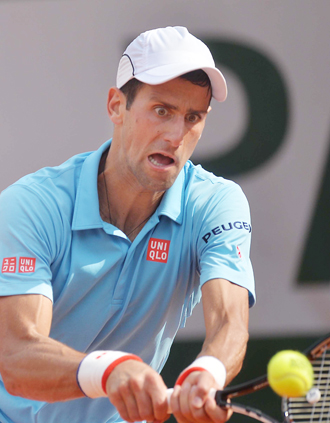 Novak Djokovic and Serena Williams were seeded No. 1 for Wimbledon on Wednesday, while defending champion Andy Murray moved up two spots above his ranking to third seed. Djokovic, the 2011 Wimbledon champion, is ranked No. 2 but was given the top seeding by the All England Club ahead of top-ranked Rafael Nadal.

Nadal, a two-time Wimbledon champion who is coming off his ninth French Open title, was seeded No. 2 for the grass-court Grand Slam, which starts on Monday.

Sharapova, who won her first Grand Slam title at Wimbledon 10 years ago, is coming off her second French Open championship. Williams was upset in the second round there.

Sharapova is considered Williams’ top challenger, despite her No. 5 seeding. They could end up on the same side of the draw.

Seven-time champion Roger Federer has the No. 4 spot, while Australian Open winner Stan Wawrinka moved down two spots from his ranking to the fifth seed.

Among the 32 seeded players, Jerzy Janowicz received the biggest boost, going up nine spots from his No. 24 ranking to No. 15. The big-serving Polish player reached the Wimbledon semifinals last year, losing to Murray in four sets.

Wimbledon takes a player’s grass-court record into account in assigning the men’s seedings.

Venus Williams, a five-time Wimbledon champion, was seeded No. 30.