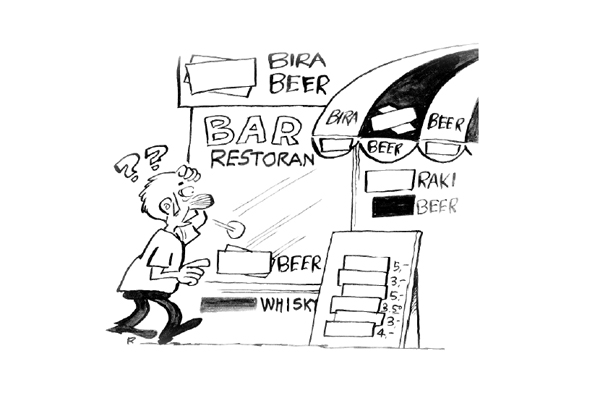 Drinking and selling alcohol in public places such as parks and universities is to be banned in Korea. The change is likely to be protested in a country with one of the largest alcohol consumption rates in the world.

The law applies to all alcoholic beverages including beer, the Turkish drink Raki and whiskey, and breaking the ban is subject to heavy fines ranging from 2.7 million won ($26,513) to 100 million won.

The law was passed last year and was enforced this June after a one-year probation. Now, 250,000 restaurants, bars, supermarkets, kiosks and so on are frantically removing signs and logos.

Founded in 1923, Turkey is the most secular of the Islamic nations. Founding President Mustafa Ataturk adopted a strict separation of politics and religion, and the country has a generous alcohol-related policy. As tens of millions of tourists visit Turkey every year, the sale of alcohol is very common there.

But in 2003, pro-Islam Justice and Development Party (AKP) came into power and promoted conservative and backward policies, which created some domestic discord. However, Prime Minister Recep Erdogan has incapacitated the military and won the election again, swaying unchallenged power and pushing for pro-Islamic policies.

Erdogan has brought back capital punishment, which had been abolished so that Turkey could join the European Union, by citing cases in the United States and China. Abortion was allowed in the past, but in 2012, murder charges were applied to the action. He even opposes cesarean section.

Most Turkish citizens are resisting the changes. Their biggest complaint is that drinking is considered a crime whereas corruption scandals associated with Erdogan are condoned.

The law has already affected alcoholic beverage sales seriously. Turkey’s biggest beer company has shut down its factory in Anatolia and its sales went down by more than 10 percent.

Many Muslims may welcome the strict measure. But a politician who truly serves the citizens needs to consider which is a more serious crime, stealing or drinking.