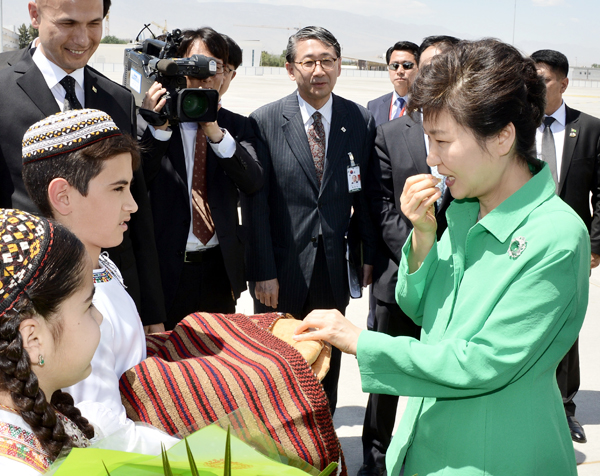 President Park Geun-hye yesterday tastes chorek, a traditional bread, soon after arriving at Ashgabat International Airport in Turkmenistan, the last destination on her six-day trip to Central Asia. It is the first time that a South Korean president has paid a state visit to Turkmenistan since the two countries established diplomatic ties in 1992. To realize her “Eurasia initiative,” a vision to boost relations between Europe and Asia, Park was expected to focus on mutual cooperation in Central Asia. [NEWSIS]