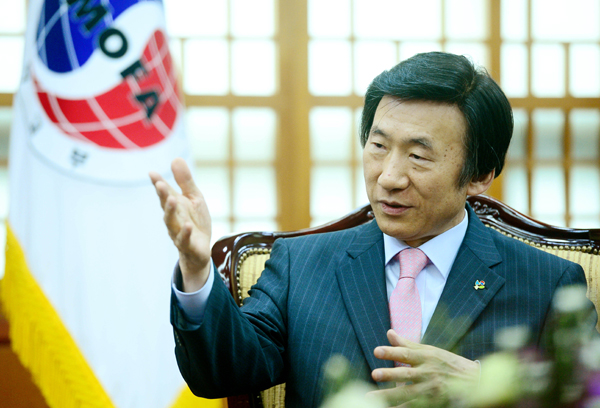 It is common knowledge that Korea’s relationship with Japan is as important as relationships with the United States and China for Korea’s economy and national security. However, there are no signs of improvement in the abnormal state of the Korea-Japan relationship.

The Abe government is to submit a report to the National Diet that undermines the spirit of the Kono Statement of 1993 apologizing for the forced mobilization of “comfort women” to military brothels. The report claims that the Kono Statement reflected the positions of both the Korean and Japanese governments, and that Japan did its part by creating the Asian Women Fund. The Abe government has actively pursued its goal of securing the right to collective self-defense, and Tokyo and Pyongyang reached an agreement over issue of abductions of Japanese nationals by North Korea agents. The report on comfort women is likely to take the Korea-Japan relationship deeper into a dark tunnel.

In response to Japan’s series of provocations, Korea remains idle, aside from issuing statements. The motivation is Foreign Minister Yun Byung-se’s hard-line diplomacy with Japan. The mismatch of Yun and Abe is pushing the Korea-Japan relationship to the worst cliff since President Lee Myung-bak’s visit to Dokdo and his demand for the Japanese emperor to apologize in August 2012.

Korea also has to deal with the North Korean nuclear issue and is caught up in the contest for hegemony between the United States and China. We have to chase two hares, the economy and national security, so our foreign policy needs to reflect the political, economic and security environment of Northeast Asia. It has to accommodate the geopolitics of the region. And to Korea, such biased foreign policy is harmful.

Let’s look at how Yun has been acting. Since he visited the House of Sharing for former comfort women earlier this year, he has continued to make hard-line moves. He has met with the Japanese foreign minister only twice, and briefly, at international conferences.

One month after Akitaka Saiki, a close aide of Abe, was named Japan’s vice foreign minister, he came to Seoul and visited Minister Yun. It was the perfect opportunity to inquire about Abe’s true intentions and convey Korea’s position to Tokyo. However, Yun reportedly kept glancing at his watch throughout the meeting, showing little interest in the conversation. The meeting became widely known as “the watch incident” in the Japanese foreign ministry. And there are many cases of Yun’s intentional or fundamental indifference or discourtesy toward Japan.

When they meet and talk, problems may or may not be solved. However, if they don’t meet at all, the possibility for resolving problems is zero. As contentious issues pile up between Korea and Japan, Yun Byung-se’s diplomacy does not seem to reflect the context of Northeast Asia.

The Stockholm agreement was made so North Korea would re-investigate Japanese abduction cases and Japan could ease economic sanctions, and a summit between Kim Jong-un and Abe is likely to happen. There is speculation that Japan and North Korea have agreed on a compensation of $20 billion. But there is no high-level talk channel between Korea and Japan to confirm those rumors. Yun has built a solid wall around Korea.

Minister Yun seems to be intoxicated by the solid relationships with the United States and China, which are outcomes of President Park’s summit diplomacy. He needs to wake up and see the decline of the Korea-Japan relationship as a chance to reflect on himself.

He must advise President Park: “You can keep your solid principles and push forward. I will use all resources and negotiate with Japan.”

Yun’s diplomacy may result in Korea’s isolation. While the United States would check on Japan’s dash, Pyongyang and Tokyo are on track to improve their overall relationship. North Korea is seeking a breakthrough from the UN Security Council-led sanctions through Japan.

Abe has even staked his political career on the resolution of the abduction issue. While Seoul has no reason to oppose improved North Korea-Japan relations, it should not interfere with the cooperation over the North Korean nuclear issue among the United States, Japan and Korea. In order to make that demand, the Korean foreign minister must start talking to Japan. His inflexibility toward Japan is reflected in working-level officials’ attitudes and could result in blunders.

[Journalism Internship] K-pop idols watch out, virtual humans are coming for your jobs

At UN, Yoon Suk-yeol calls for nations to seek peace together