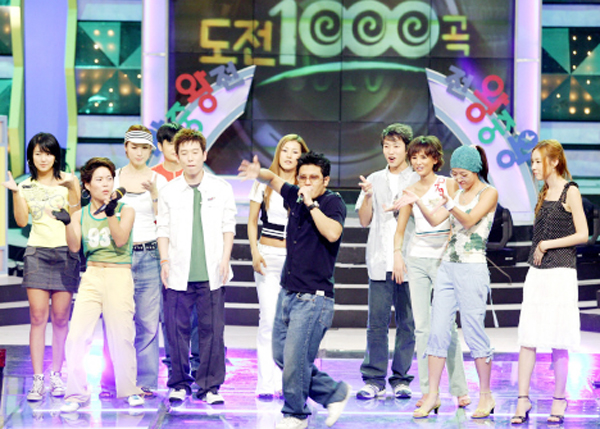 Another era of Korean entertainment officially came to an end yesterday when comedian Lee Hwi-jae, who has hosted the SBS morning show “1000 Song Challenge” for the past five years, said an emotional goodbye in a star-studded final episode. Launched in October 2000, the show was extremely popular in its early years, and invited many high-profile guests such as BoA, Shinhwa and Girls’ Generation to sing along to karaoke music - but without the lyrics.

Even after a decade of shows, the program was still much-loved, and last week’s episode had viewer ratings of 8.6 percent, which is considered very high for a Sunday morning show.

However, many media analysts, especially panelists on the JTBC show “War of Words: Ssul Jeon” have said that SBS is trying to reshuffle its entertainment programs in order to target young people. Many local businesses want advertising exposure to twenty-somethings rather than the elderly, who were the main viewers of the “1000 Songs” show. The broadcaster said that starting Sunday, the time slot will be filled by a cooking show.