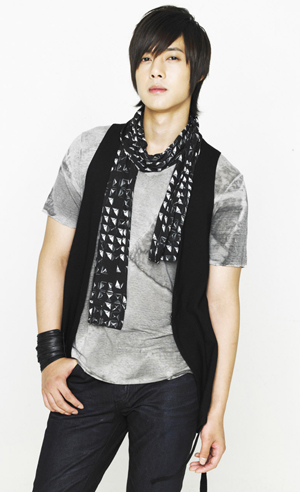 Kim, who debuted in 2005 as a member of the boy band SS501, has performed solo since 2009, focusing on the Japanese market under the management of Key East, a leading entertainment agency run by veteran actor Bae Yong-joon, whose 2002 romantic drama “Winter Sonata” was a hit there.

Last week, he met his fans in Tokyo, Osaka and Nagoya, and hosted a number of offline events there for his supporters. Kim lived in Japan for a time in 2006 with his bandmates and was able to communicate with his Japanese fans without too much difficulty.