Asian teams are failing to impress at World Cup

Asian teams are failing to impress at World Cup 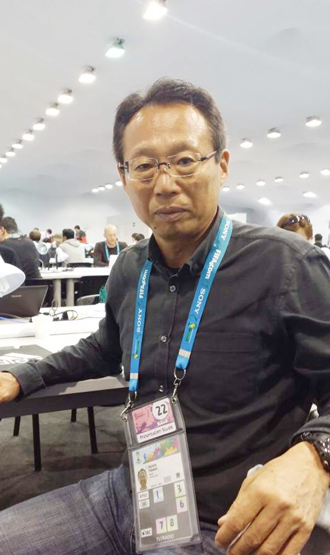 So far, the 2014 Brazil World Cup has been much more enjoyable than the 2010 South Africa event. Participating nations have been aggressive in creating scoring chances and star players such as Robin van Persie of the Netherlands and Lionel Messi of Argentina have responded to fans’ expectations with a series of spectacular goals. But as of Saturday, Asian fans had experienced no similar joy as the four Asian teams (Korea, Japan, Iran and Australia) haven’t won a single match. Out of seven games, the teams have drawn three and lost four, driving thousands of fans, some of whom flew more than 20 hours to support their countries, to despair.

Among Asian nations, Japan was predicted to have the best chance to advance to the round of 16 as they won all four friendly matches before the World Cup. After beating Cyprus 1-0, the Japanese, led by Alberto Zaccheroni, showed off their fire power and their typical passing-oriented game by beating New Zealand (4-0), Costa Rica (3-1) and Zambia (4-3).

The Italian coach displayed his confidence, saying Japan will make the quarterfinals or even better. Considering that Japan was grouped with Colombia, Ivory Coast and Greece in Group C, many analysts and fans predicted that Japan would compete with Ivory Coast for second place while Colombia would win the group. But since Ivory Coast’s ace Didier Drogba isn’t in his best physical condition and can’t play a full match, analysts expect that Japan will advance to the second round.

In their Group C match against Ivory Coast on June 15 local time, it looked like Japan would meet expectations after Honda Keisuke scored a goal in the 16th minute, but the joy was short-lived as they then allowed two goals in only three minutes - one in the 64th and the other in the 66th minute, and lost the match 2-1. After drawing 0-0 against Greece last week, Japan will now face its last opponent and the group’s strongest, Colombia. Chances are slim that Japan will make it to the second round. In the first two matches, the team’s systematic pass work and speed were not present, nor was a fighting spirit among the players.

“It’s all about the difference in strikers’ abilities,” said Okada Takeshi, who coached Japan in the 2010 South Africa tournament. “In previous World Cups, strong nations had weaknesses in defense because they tended to focus on offense when they faced weak nations. But because making a quick and accurate counterattack beginning with taking possession of the ball through intense pressure against opponents in the midfield area became a trend in this event, the skills of each team’s strikers became the biggest factor to determine a game.”

Takeshi said he hasn’t seen decent strikers on the Asian squads. “There are many decent midfielders on Asian teams such as Korea’s Son Heung-min and Japan’s Shinji Kagawa, but I don’t see any super strikers such as Messi of Argentina or Thomas Muller of Germany,” he said. “It means that these [Asian] teams heavily rely on their midfielders. If a striker is considered the biggest threat on a team, a situation in which defenders focus on not allowing a goal is naturally set - which makes midfielders create scoring chances, but this is something that Asian nations are having trouble with.”

Okada said the lack of a strong striker means Asian teams rely on set-pieces (free and corner kicks) to score, which has proven true, at least for Korea. In Korea’s World Cup history, free kicks have been a successful scoring method. The national team has scored a total of 28 goals in World Cups and 12 were made on free kicks. Four of the six goals Korea scored in 2010 in South Africa were in set-piece situations.

“I think we will know whether Asian football has regressed when the event is over,” Korea Coach Hong Myung-bo said. “But there are many things that coaching staff from Asia should learn for sure.”