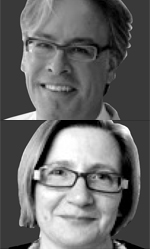 LONDON - One billion people watched the opening match of the FIFA World Cup in Sao Paulo, Brazil, and hundreds of millions more will tune in at some point during the monthlong tournament. For FIFA’s six major partners and the event’s eight official sponsors, this audience is nothing short of a gold mine. Indeed, they pay tens of millions of dollars in the hope that some of the magic of the “beautiful game” will rub off on their brands - and it very well may. For viewers, however, that is probably not a good thing.

The run-up to the kick-off was not without drama for at least one of FIFA’s partners, Budweiser, which was accused of compelling Brazil’s government to overturn a national law banning the sale of alcohol inside football stadiums. Despite widespread opposition to repeal of the law, FIFA was resolute: “Alcoholic drinks are part of the FIFA World Cup, so we’re going to have them.”

Sponsorship by companies like Budweiser, McDonald’s, Coca-Cola and the convenience food giant Moy Park brings millions of dollars to the game. But what message does it send to the global audience? Promoting alcohol, sugary drinks and fast food may mean massive profits for corporations. But it also means worse health for individuals and a costly burden on countries’ health care systems.

Instead of focusing exclusively on alcohol’s potential to fuel violence inside stadiums, the media should be emphasizing the damage that alcohol and processed foods are causing to the world’s population every day. Consumption of such products continues to rise - not least because of multibillion-dollar global advertising campaigns. Over the last decade, global soft-drink sales have doubled; per capita alcohol consumption has risen; and tobacco use has increased. Making matters worse, most of this growth is occurring in low- and middle-income countries, which are the least equipped to handle the coming health crisis.

One factor underlying such threats to public health is classification. Health experts have traditionally lumped diseases into two categories: communicable diseases, which are caused predominantly by infection, and noncommunicable diseases (NCDs) - that is, everything else.

Among the NCDs, four conditions contribute most to early death or disability: cardiovascular disease, chronic lung conditions, cancer and diabetes. In 2010, these four conditions caused 47 percent of all deaths, including nine million deaths in people under 60 years of age.

The main risk factors for developing these conditions - smoking tobacco, excessive alcohol consumption, being overweight and insufficient physical exercise - reflect deeply ingrained unhealthy behaviors. Given that these are precisely the kind of behaviors that companies like the World Cup sponsors are encouraging, a better disease classification would be pestilentia lucro causa (PLC), or “profit-driven disease.”

The over-consumption of alcohol, tobacco and energy-rich processed foods are often framed as lifestyle “choices.” But the determinants of such choices are often removed from people’s immediate control. The strong associations between PLCs and, say, poverty or gender suggest that wider social forces exert considerable pressure on individual behaviors affecting health.

Addressing the PLCs calls for a new approach to health, and to the organizations charged with protecting it. The current system does not empower the United Nations and other technical agencies concerned with health governance to confront the determinants of poor health effectively. Large corporations have resources, lobbying power, advertising budgets, networks and supply chains of which the UN can only dream. And while the World Health Organization skimps by on $2 billion a year, the tobacco industry rakes in $35 billion in annual profits.

What steps can be taken to level the playing field? As any football pundit will tell you, success depends on teamwork. First and foremost, consumers must be better informed about the long-term impact of sponsors’ products. After all, the most effective way to compel companies to change is to stop purchasing what they sell. When people raise their voices - say, to ban advertising for breast-milk substitutes or to demand access to life-saving drugs - big corporations often listen.

Second, policy makers must be realistic. While there is certainly room for optimism about technological advances that will help to control treatment costs, the fact is that treating a growing share of the world’s population simply is not feasible. Indeed, the World Economic Forum estimates that the four major PLCs cost the global economy $3.75 trillion in 2010, well over half of which was spent on medical care. In this context, prevention strategies are crucial.

Third, businesses have a critical role to play. Beyond being a key aspect of corporate social responsibility, curbing PLCs - and thereby ensuring the health and productivity of current and future generations - is in firms’ interest. Voluntary codes to limit sugar in soft drinks and reduce salt levels in processed foods are a positive step; but they are far from adequate.

Finally, every successful team needs a strong manager. In the battle against the PLCs, international and national regulatory authorities must fill this role, setting and enforcing the rules of the game to protect the health of people worldwide.

The World Cup has a profound social impact, including on global health. FIFA has a responsibility to ensure that the tournament’s viewers are not receiving a message that could make them sick.

*Kent Buse is Chief of Political Affairs and Strategy at UNAIDS. Sarah Hawkes is Reader in Global Health and Wellcome Trust Senior Fellow in International Public Engagement at the Institute for Global Health, University College London.

By Kent Buse and Sarah Hawkes