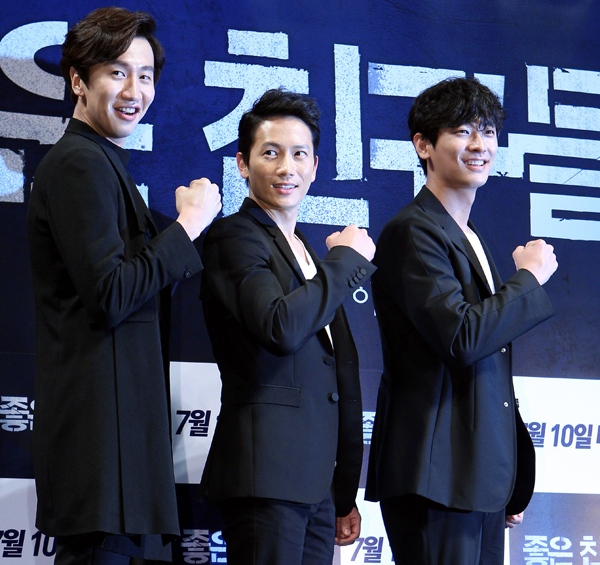 Leading cast members of the upcoming crime film “Confession” -- Ji Sung, Joo Ji-hoon and Lee Kwang-soo -- will appear on the Sunday episode of “Running Man” to promote their latest movie.

Throughout the years, many successful film stars have appeared on the Sunday show to promote their films. Last year, actor Jung Woo-sung starred in the show to publicize his thriller “Cold Eyes.”

Because Lee Kwang-soo has been a part of the “Running Man” panel since 2010, the film PR team saw it as a great opportunity for younger viewers to become familiar with “Confession.”

“Running Man,” which is broadcast on SBS, is considered to be one of Korea’s most successful TV shows. The program’s seven-member panel is led by comedian Yoo Jae-seok.

The film “Confession,” which opens on July 10, explores how a suspicious case of arson makes three good friends deal with unexpected drama and a bloody conspiracy.