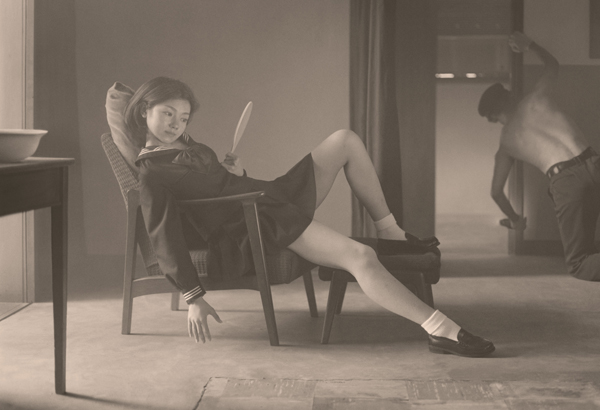 “A Study of the Portrait of Therese”(2009), above, and “A Study of The Happy Days”(2009), top, by Hisaji Hara are part of the Japanese photographer’s solo show at Gallery Jinsun in central Seoul. Provided by the gallery

Sepia-toned photos of schoolgirls with delicate sensual tinges are currently hanging on the walls at Gallery Jinsun in central Seoul. The works are by Hisaji Hara, a 50-year-old Japanese photographer. 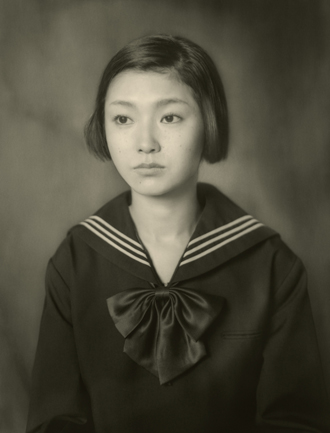 As the title of the exhibition, “A Photographic Portrayal of the Paintings of Balthus” explains, the images are recreations of the works of Balthasar Klossowski (1908- 2001), commonly known as Balthus.

Still, many viewers could feel uncomfortable with the eroticism of the girls in sailor blouses, which are a common fetish in Japanese subculture, and are often found in adult manga. But they could also feel beauty from the dreamy ambience of the photos, which the artist developed by using a 19th-century print technique.

Sailor blouses “work as a mechanism to lend a sacred, privileged position to physically mature girls and to cut off any gaze of desire for eroticism,” art critic Kim Seung-jon said of Hara’s works. “When a taboo gets stronger, so does the secret gaze of desire.”

And Hara told Kim, “Through this series I intend to display my own opinion on the twofold viewpoints of old times toward ‘innocence’ and ‘eroticism,’ [or naivety and sinisterness].”