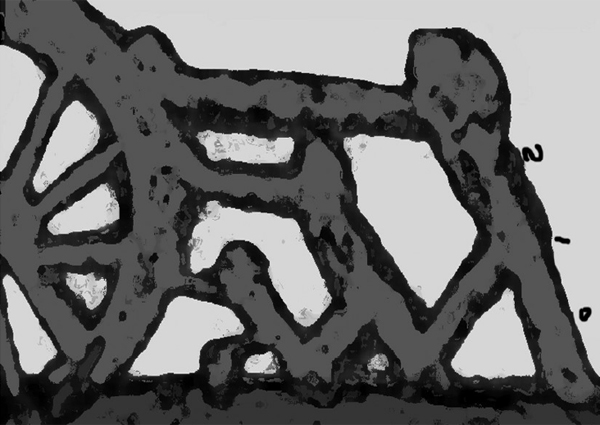 Japan announced results of a four-month government-led investigation into the landmark 1993 Kono Statement in which Tokyo for the first time acknowledged that the imperial military had coerced Asian women - mostly from Korea - into sexual slavery during World War II and apologized for the atrocities. Tokyo has maintained an apologetic tone on the issue of comfort women for the past two decades based on the statement issued in the name of Yohei Kono, then the chief cabinet secretary.

Since taking office last year, Japanese Prime Minister Shinzo Abe has been questioning the validity of the statement, angering South Korea and other neighboring countries by indicating it would review the government stance after re-investigating the issue. By challenging a statement issued and honored by the same conservative government that has both historical and diplomatic meaning, Abe has dangerously tampered with history and turned back the clock for his country. Abe, who has not hidden his complaints about the apologetic tone of the Kono Statement since the early stage of his second term, agreed to stand by it only under pressure and criticism from the United States and other countries. In carefully chosen words, the Abe government said it would “inherit” the statement, instead of saying it would honor it. It shrewdly chose to undercut the credibility of the formal apology instead of an outright disavowal by announcing that Tokyo and Seoul worked closely in wording the statement. Through disclosing that Seoul meddled to have Tokyo publicly admit to running military brothels and coercing women into sexual slavery, the new report can question the veracity of the first investigation by suggesting it had been the result of diplomatic bargaining rather than the findings of an independent probe based on historical facts, testimony and evidence as Seoul has long maintained.

Moreover, Tokyo has risked breaching international norms and trust by unilaterally disclosing diplomatic procedures. It discredited the foundation of a bilateral diplomatic relationship - mutual confidence and a spirit of reciprocity. The probe also underscored Japan’s knack of twisting and misrepresenting facts behind complicated diplomatic processes for self-serving purposes. First of all, by suggesting the two governments worked together on the statement, the investigation team was insinuating it had been compiled to satisfy Seoul and reflected neither the position of the past Tokyo government nor facts.

Secondly, it attempted to blame Seoul for the unresolved issue of financial compensation for victims by claiming Tokyo first proposed to include its plan to create the Asian Women’s Fund, but Seoul later demanded that it be dropped from the final statement.

But no matter how cleverly Japan attempts to repackage it, nothing changes historical fact. First of all, a significant public declaration like the Kono Statement cannot be produced through diplomatic negotiations and bargaining. The Tokyo government in 1993 conducted an investigation at the request of South Korean President Kim Young-sam, who wanted to leave a historical cornerstone for the future generation and bilateral relationship. He did not demand financial compensation, and only asked that Tokyo straighten out the facts. There was no reason for Seoul to interfere in the investigation process or writing the statement.

Since Japan destroyed all military evidence after it was defeated in the war, the probe primarily relied on testimony from surviving witnesses and victims, which was crucial to the Kono Statement. Discrediting and denying them is more shameful disrespect to the victims.

Japan’s wartime sexual slavery is condemned because the victims had been deceived, coerced and trafficked through an organized command system. The fact the Japanese military had run brothels and forced the recruitment of women to serve its men on battlefields had been important. The use of forced recruitment had been highlighted and condemned in multiple reports, including those from Radhika Coomaraswamy, former under-secretary-general of the United Nations; Gay McDougall, UN special rapporteur on the issue of sexual slavery; mandates by the UN Human Rights Commission; and resolutions by the U.S. and EU legislative bodies. Still, Tokyo wants to bury its head in the sand, reiterating that there is no documented proof the Japanese military had been behind the recruitment.

The government in Tokyo is only bringing international shame to the nation’s name as it did in 2007 when Tokyo carried an advertisement in the Washington Post stating force was not used in the recruitment of “comfort women.”

The Asia Women’s Fund was created in 1995 and dissolved in 2007 without resolving fundamental issues. The government did not get involved until the end and ran the fund run through donations. Tokyo never sincerely sought to apologize and atone for its crimes against female dignity.

We now must take appropriate actions since it is not clear whether Tokyo will attempt to use the new investigation to distort the truth for propaganda or to evade liabilities. We should try to find new evidence and reexamine existing documents to build a stronger case against the claims by Tokyo. We also must work harder on the diplomatic front so Tokyo’s new pitch does not influence international opinion. We should continue to raise the issue to pressure Tokyo to address it with due responsibility.

Tokyo must stop trapping itself in the past. The comfort women subject is not a bilateral issue between Koreans and Japanese, but a universal issue about the dignity and honor that is the right of all women, wherever they live.

There are just 54 surviving victims in Korea and their average age is 88 years old. Japan does not have much time left for atonement and reconciliation with its past.

Japan must set the clock forward again, and the Abe government must grow out of its 20th century mentality.

*The author is former ambassador to Japan and a special researcher at the Seoul National University Institute for Japanese Studies.