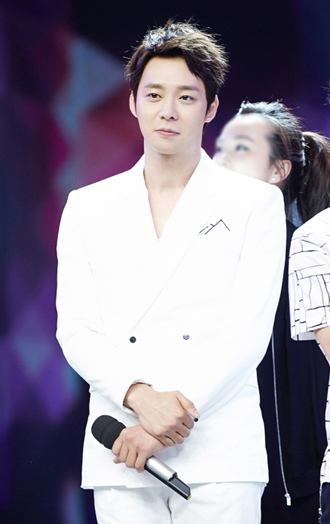 Singer-actor Park Yu-chun was invited on to “Happy Camp,” an entertainment show in China with the country’s highest TV ratings.

The actor appeared in front of an audience of more than 1,000 in the “Happy Camp” studio in Hunan Province, southern China.

Since his early years in the pioneering K-pop boy band TVXQ, Park has actively interacted with Chinese fans. But what sparked the attention of the country was his 2012 SBS drama “Rooftop Prince.” The drama was downloaded by 100 million Chinese Internet users and was widely loved in Taiwan as well.

Park will throw a fan meeting event in Shanghai on Sunday, and next month he will fly to Japan to perform in front of his Japanese fans in Yokohama Arena. The star’s “Happy Camp” episode will be aired on July 12.