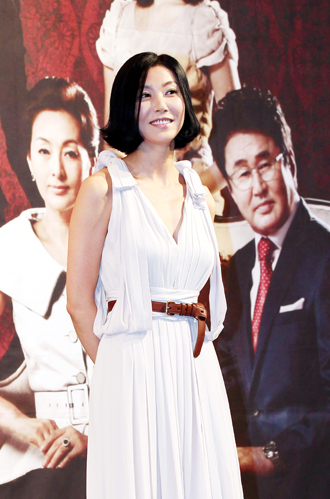 In December, the 39-year-old actress was indicted for receiving money from a businessman in exchange for having sexual relations with him. The prosecutors stated that in 2010 Sung met up with a man three times and received 50 million won in return. Sung countersued in January, according to press reports, and the first trial was held in February.

The actress’s lawyer noted “there is nothing to say about the case,” and added that they will expose the truth on the final judgment day, Aug. 8.

Having debuted in 1994 as a runner-up for Miss Korea, Sung has since pursued an acting career and starred in some successful drama series.

But the celebrity’s path as an entertainer hasn’t been rosy; in 2001, she was sentenced to eight months in prison for drug use.