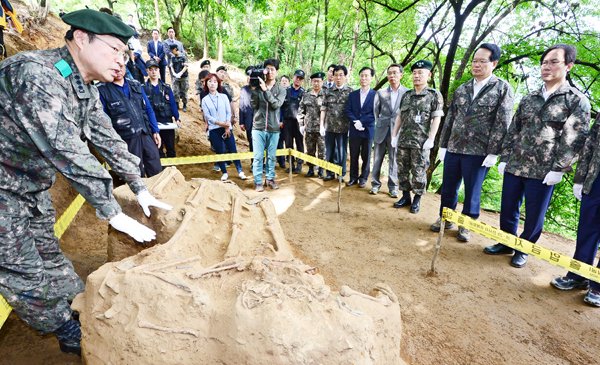 National Assembly Speaker Chung Ui-hwa, second from right, listens yesterday to an explanation by Yu Cha-yeong, left, about the newly excavated remains of a person believed to have died in the 1950-1953 Korean War at a site in Yeoncheon County, Gyeonggi. Yu is the head of the Ministry of Defense’s remains recovery team.[NEWSIS]