Xi can burnish his image

Xi can burnish his image 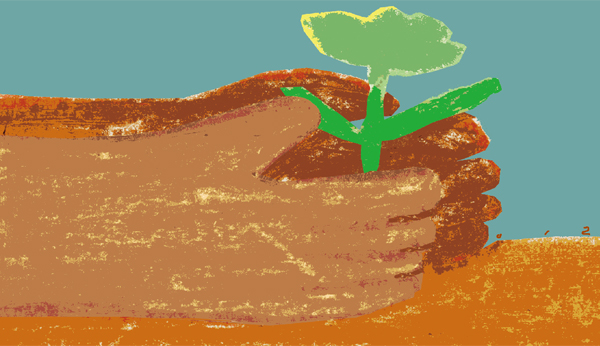 Online comments can be nasty. Most are offensive, rather than encouraging. Postings where anonymity amounts to a license to kill often brim with incendiary rhetoric. One comment on my writing still stings. It said, “Is this what you call writing? Just kick a ball.” He may have chuckled at his own cleverness -I have the same name as a famous Korean soccer player.

Because I mostly write about China, I know there have been few negative comments about Chinese President Xi Jinping, who is favorably regarded by the Korean public. In an April poll by the Asan Institute for Policy Studies on the public opinion of leaders of the United States, China, Russia and Japan, Xi trailed closely behind U.S. President Barack Obama. What is the basis of Xi’s appeal to the Korean public?

His sturdy physique and rustic appearance may play a part. Xi hardly can be described as good looking. His wife, a famous folk singer, said her first impression of Xi was that he looked too coarse for her taste. His words and behavior also have weight and loftiness, generally framing him as a reliable figure. His tall, strong physique has helped him to promote China’s newfound power due to rapid international growth and unite the country internally amid various economic and social challenges.

His rise to power was not easy. He was born into an established family from Shaanxi Province in northwestern China. His father, Xi Zhongxun, had been a vice premier and revolutionary leader. The family led a hard life after his father was purged and degraded to a factory worker in the countryside. His education was cut short by the Cultural Revolution. He was forced to do hard labor after he fled to Beijing during the rural movement led by Mao Zedong. He had to carry 80-kilogram (176-pound) bags of rice all day and his skin fed fleas. His struggles in youth and the way he overcame them set him apart from the usual princelings, children of well-to-do Chinese political families and leaders in the enclave of power in Beijing.

Xi also manifested the strong charismatic leadership that had been lacking in his predecessors. He designed a framework for sweeping reforms and took command in action groups working for political and economic reforms. He paid no heed to warnings and pursued a campaign to fight and root out corruption. His managed charisma won praise and envy at home and abroad.

South Koreans, in particular, are happy Xi is different from previous Chinese leaders in dealing with North Korea. Beijing had been a staunch and ever-tolerant ally and patron to North Korea, regardless of its maverick stance and erratic behavior. It stood by Pyongyang even after its blatant deadly attack on the South Korean Cheonan naval ship and frontline Yeonpyeong Island. Xi, however, drew lines and sent a clear message that China would not tolerate reckless acts by Pyongyang such as nuclear testing. Partly because Pyongyang fired missiles and tested nuclear weapons early in his term, Xi has not met North Korean leader Kim Jong-un and has rebuffed any visit to Beijing for two years.

Xi will visit South Korea in early July, the first Chinese president to do so ahead of making a customary visit to Pyongyang. His presence could strengthen Seoul-Beijing ties built on the affinity established during President Park Geun-hye’s visit to China. But whether he will get a red-carpet welcome from the Korean people remains to be seen. It depends on what kind of attitude he displays toward Korea.

China has irked neighbors with its growing assertiveness and military buildup. China, with its traditional self-pride and enormous size, could come across as intimidating to the Korean people.

A few years back, a Chinese vice premier visited South Korea. During a banquet, he was seated at the center with Korean figures encircling him like subordinates. In a recent inauguration ceremony for the new Chinese ambassador to Seoul, guests included four Korean former prime ministers. Other guests had to ask themselves if such a display was all that necessary.

Xi so far has made a good impression on the Korean people. He appears to be reliable from the way he raised himself to power and maintained a consistent stand against North Korea. Despite his lofty appearance, he has a tender and delicate side.

He ordered meals that would appeal to female taste when President Park visited China last year. He also sent a birthday card to Park. If he shows respect for Korean people in a simple and next-door-neighborly manner, Xi will likely score more points during his visit.