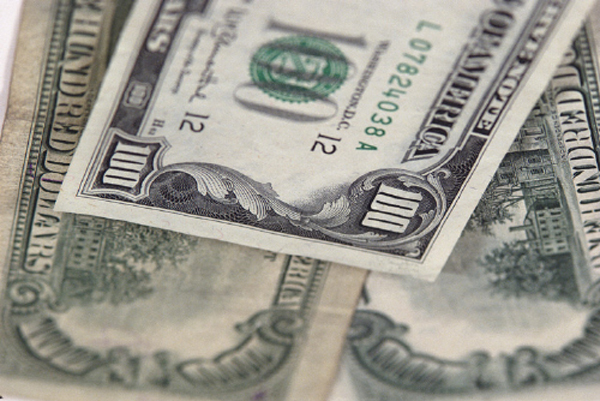 It’s not the projected size of the fine - $8 billion to $9 billion. It’s not even the demand to fire specific employees. No, as BNP Paribas prepares to settle claims by U.S. authorities that it has transacted some $30 billion worth of business in violation of U.S. international sanctions, the part of the settlement most likely to stick in Gallic throats (and cause a bit of choking elsewhere) is a ban on clearing dollar transactions.

The largest French bank, with about $119 billion in capital, BNP Paribas won’t buckle under the fine. It can survive the departure of some staff, too, even Georges Chodron de Courcel, its aristocratic titan and well-connected chief operating officer. If a bank has more than 14,000 employees in the United States - as BNP Paribas does - it’s perfectly reasonable for U.S. authorities to demand a lot of cash and personnel changes when that bank breaks U.S. laws.

Using the dollar as an instrument of financial vengeance, however, is another matter. And that’s what a ban on clearing U.S. dollar transactions would amount to for the bank.

Even if BNP Paribas is allowed to outsource that part of its business - an expensive headache - it would probably lose key U.S. correspondent relationships with foreign banks. The ability to offer full services to clients, including other banks, is one advantage of being a behemoth. By undermining that, U.S. authorities would not only be punishing past behavior. In the words of French Finance Minister Michel Sapin, they would also be “punishing the future.”

Exploitation of the powers inherent in its reserve currency is bound to irk foreign governments and financiers. If the dollar is not a neutral medium of exchange but a U.S. weapon, the desire to break its dominance will spread across the global financial system. China, which has been pushing the yuan as a reserve currency, and Russia, where banks owned by President Vladimir Putin’s close friends have been cut off from dollar clearing after the Crimea annexation, are in the front ranks of the anti-dollar movement. Now, France has more cause to join it, too.

Guillaume Maujean wrote as much in France’s top business daily, Les Echos, where he edits the finance and markets section:

“The preponderance of the greenback is not carved in stone. It comes under attack more and more because of the weight of America’s financial deficits, its military semi-defeats, the growing power of the internationalizing yuan and the euro, which has just fought off the sovereign debt crisis. These developments may take years, but they are undeniable. By imposing disproportionate sanctions on BNP Paribas, or by being inflexible in negotiations on transatlantic free trade, the United States takes on the risk - a welcome one - of accelerating the transition to a multipolar currency world.”

Wishful thinking by malcontents eager to end U.S. currency dominance? Perhaps. According to the International Monetary Fund, which collects such data, the dollar’s share in nations’ allocated foreign exchange reserves declined only to 61.7 percent in the third quarter of 2013 (the last for which data are available) from 71.2 percent in the first quarter of 1999. The rise of the euro and yuan, and the global financial crisis, have scarcely dented “the preponderance of the greenback.” Peter Zollner, head of banking at the Bank for International Settlements, said in a recent speech that the dollar’s share in reserves could well drop to 50 percent. But even that would not threaten its role in the global financial system in the next 10 or even 20 years.

There is no credible alternative to the dollar because of the size of the U.S. market and because U.S. debt is such a convenient investment instrument. Since the collapse of Bretton Woods, however, the world has lived with a monetary system based in part on goodwill. Here, the dollar is more than U.S. legal tender: It is the embodiment of trust. If the U.S. exploits its ownership prerogatives, other governments may sacrifice convenience to nationalism. For a glimpse of such a future, look to Russia, now aggressively seeking to expand ruble and yuan trade with China, and working slowly, awkwardly, but steadily to hasten the erosion of U.S. monetary dominance.