The Korean government unified standards and rules for vehicles’ fuel efficiency measuring and certification with the Ministry of Land, Infrastructure and Transport taking charge.

The decision follows big discrepancies in fuel efficiency measurements by the Transport Ministry and the Ministry of Trade, Industry and Energy on two models: Hyundai Motor’s Santa Fe DM 2WD with an R 2.0 diesel engine and Ssangyong Motor’s Korando Sports 4WD AT6.

The Energy Ministry confirmed that the models’ gas mileage as reported by the manufacturers was accurate.

But the Transport Ministry claimed the vehicles’ actual fuel efficiency was not even within 5 percent of the manufacturers’ claims.

Since then, the two ministries have been fighting over methods and who should have final authority over fuel efficiency examinations, with the Ministry of Strategy and Finance arbitrating. The Office for Government Policy Coordination has also been trying to find a solution after Prime Minister Chung Hong-won ordered it to.

“To reduce confusion and contradiction between the ministries, we have decided the Transport Ministry is the ministry that will manage gas mileage certifications,” said Jung Dong-hee, director general for industry, trade, science and ICT policy at the policy coordination office, at a joint press briefing between the ministries. “Since post-inspection of automobiles, including safety, has been managed by the Transport Ministry, we thought they were more suitable.”

In Korea, automakers first test and report their vehicles’ fuel efficiency and the government checks afterward.

Since 2003, the post-checkup on gas mileage of passenger cars was conducted by the Ministry of Trade, Industry and Energy based on the energy use rationalization law. However, the Transport Ministry, which has been checking commercial vehicles, also started inspecting passenger cars from 2013 based on the automobile management law.

“We decided to include passenger vehicles’ fuel efficiency inspection in our work because of the Hyundai and Kia gas mileage inflation incident in 2012, when there were many complaints about fuel efficiency,” said Kwon Sok-chang, director general of the Motor Vehicle Policy Bureau at the Transport Ministry. “Civic groups like the YMCA even tried to sue us for not doing our job properly as we have been in charge of self-certification compliance inspection on automobiles.” 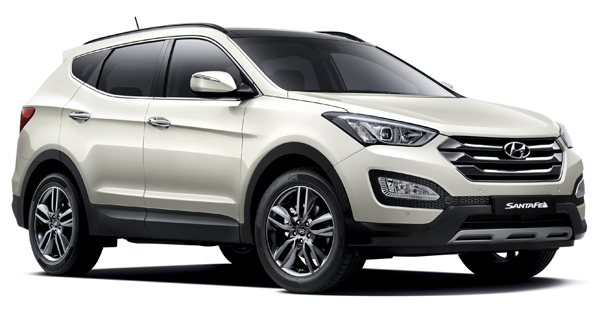 Based on two separate laws, the Energy Ministry inspected 33 models, while the Transport Ministry checked 14 models last year, each using their own methods. After they came up with different results for the two models — the Santa Fe DM and Korando Sports — they retested during the last six months.

The results were different even in the retests. The two ministries yesterday announced their results, which contradicted each other.
“We are sorry that the government couldn’t come up with same result on the fuel efficiency model,” said Jeong Eun-bo, the deputy strategy and finance minister.

Hyundai and Ssangyong said they are confused about the results and feel sorry for consumers who bought the vehicles. However, they haven’t announced any plans to compensate people who bought the cars and ended up with lower gas mileage than they were promised.

The government said it isn’t sure whether customers can get compensation, saying there’s no law that enables the government to order these companies to compensate customers.