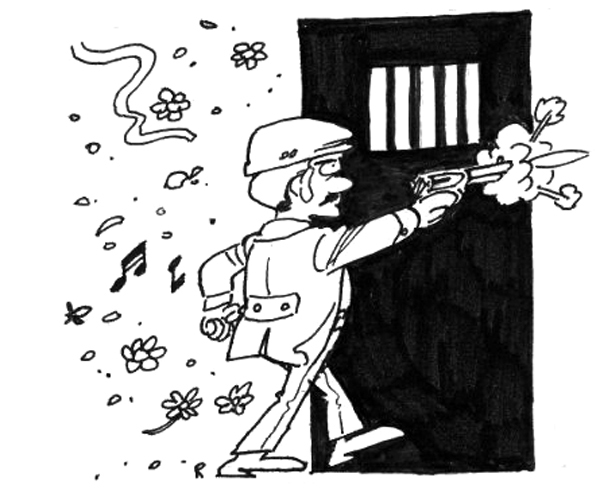 On June 28, 1914, Archduke Franz Ferdinand of Austria, the heir presumptive of the Austro-Hungarian Empire, and his wife, Duchess of Hohenberg, were assassinated by Gavrilo Princip in Sarajevo. The incident triggered World War I.

History describes Princip as a member of the Serbian nationalist secret military society the Black Hand who was sponsored by Serbian secret police and military authorities to commit the “crime.” But in Serbia, Princip is a national hero. He is a patriot saint, just like Ahn Jung-keun is to Koreans. In the centennial of the breakout of World War I, countries have re-evaluated his patriotic spirit, and his reputation as an assassin is gradually changing.

June 28, the day of the assassination, was Vidovdan, the feast of St. Vitus and an important day in Serbia. It commemorates the 1389 Battle of Kosovo, where Serbian Prince Lazar Hrebeljanovic fought against Sultan Murad I of the Ottoman Empire and died. Even though Serbia lost the war, the Serbs remember the sacred Christian spirit who fought off Islam and kept Serbia independent. That’s why Serbia is not willing to give up Kosovo, where the majority of citizens are Albanians.

Princip carried out the assassination on the sacred day, and his dream of a free Serbia was realized after the war when it became the Kingdom of Yugoslavia. While Princip died in prison in April, 1918, shortly before the end of the war, he was commemorated as a hero of Yugoslavia in 1920.

Today, seven Eastern European cities have a street named after Princip, and a museum dedicated to him has also been established. In 1921, June 28 was designated his official memorial day. This year, a monument marking the 100th anniversary of the event is to be dedicated to Princip in Sarajevo. A replica is to be built in Beograd as well.

When Australian historian Christopher Clark described Princip as a terrorist in his book, the Serbian president denounced it. The war crimes were committed by the Austro-Hungarian Empire that invaded the Balkan, not Princip.

Depending on the perspective, the same person can be a patriot or a terrorist. The global trend today is to acknowledge other people’s patriots, even if they may be a terrorist to some. It has become an international courtesy. Trafalgar Square in London is named after a site of a naval battle where the British defeated France, but no French person demands it change its name. Japan needs to learn international manners.