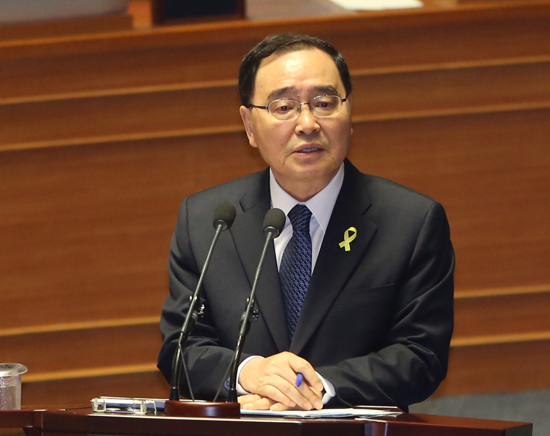 Park’s surprise decision to have Chung continue the role he assumed in tandem with the launch of President Park Geun-hye administration in February last year was to minimize the state affairs vacuum, according to the presidential office.

“When urgent state tasks are piling up, the problems surrounding the confirmation hearings [for the two previous prime ministerial candidates] have put a hole in state affairs and divided public opinion,” said Yoon Doo-hyun, senior presidential secretary for public affairs, in a press briefing.

Chung said in a statement he would do his best to spearhead the Park government’s drive to revamp of the national system in the wake of the ferry disaster.