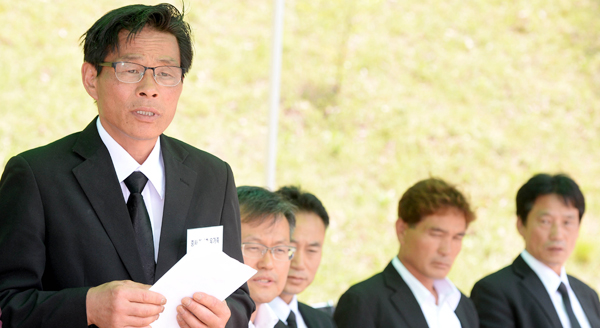 After Defense Minister Kim Kwan-jin issued an apology over remarks about the cause of last weekend’s shooting spree on a military outpost, fathers of soldiers fatally shot held a press conference yesterday at the Korean Armed Forces Capital Hospital in Seongnam, Gyeonggi, asking the military to take measures to prevent any future rampages. [NEWSIS]