Trials of producing TV in Afghanistan

Trials of producing TV in Afghanistan 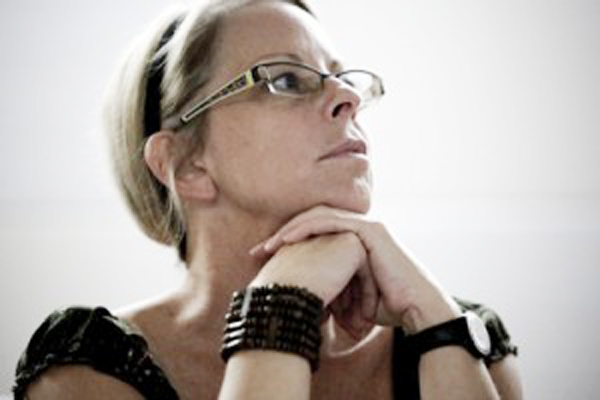 SYDNEY - To help keep herself safe and sane while making television dramas in Afghanistan, Australian producer Trudi-Ann Tierney devised an ever-more elaborate game of hide-and-seek in her head in case the Taliban launched a surprise attack.

Imagining what it would be like to hide in the top of a wardrobe, the middle of a lake or buried among a herd of goats, she mentally weighed the pros and cons of them all, as she explains in her new book “Making Soapies in Kabul.”

A chain smoker who lived in the most polluted city in the world, she endured typhoid, six different types of stomach bugs and pneumonia during what she said was the most exhilarating experience of her life. Tierney spoke to Reuters recently about living and working in war-torn Afghanistan, which led to her first book. 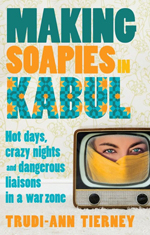 Q. What were you doing there?

A. My first job in television in Kabul was to write an eight-part drama serial for our Pashtun audience sponsored by a foreign embassy. It was to contain messages to counter narcotics. This concept of doing messaging through drama serials as opposed to a billboard was a very new idea in Afghanistan, where 86 percent of the country is illiterate.

How does producing a TV series in Australia differ from Afghanistan?

In Australia you’ve got plenty of resources and experienced and trained staff. In Afghanistan we had mainly untrained young people because television was banned for 10 years under the Taliban. The average age of our company was 24 years old.

What were some of the hardships?

Intense heat, working through Ramadan and crews working strictly to rule. Initially I thought I could lead by example, I’d lug a beach umbrella and a makeup kit up a hill in 40-degree (104 Fahrenheit) heat. I coaxed, I wheedled, I joked, I jabbed ... and finally, I yelled! My crew stood waist deep in streams to get the best angles, trudged up mountains at 4 a.m. to film a sunrise. They were very young, enthusiastic, hard-working young people with a willingness to learn how to make television.

“Eagle Four” [our mission to portray the Afghan National Police as professional, hard-working and honest], was the biggest television drama production ever mounted in Afghanistan. We received an international award for this. Also, there was a spike in police recruitment during the course of “Eagle Four.” Forty-five percent of Afghans have access to television, so it’s definitely seen as the most effective tool to education, entertainment because illiteracy rates are so high.

Any embarrassing moments you remember?

We were doing an incredibly tough shoot and we had 15 child extras. Children on set at the best of times are difficult to deal with. Here were 15 Afghan children who probably barely watched television, let alone appeared on it. They had no concept of not looking at the camera. We were behind schedule and all the kids started wandering away. I called to my producer and said, “Where are those kids going?” She said, “They’re going to school”. I just completely lost my mind and I screamed, “Nobody is going to school today - all right!”

All the kids stopped and I literally stopped these kids from going to school. I felt absolutely awful. I thought, “Here I am, I’ve come over here to try and help these people and I’m basically stopping the kids from getting an education!”

During long shoots, how did you pass the time?

One of my favorite games was “What would you do if the Taliban came now?” We would go to some location in the middle of nowhere, there’d be a bit of a mountain and a few trees and I’d literally think, “What would I do if the Taliban turned up?” You had to be inventive. It was something to pass the time but also something that stuck in the back of your mind. My favorite was the bamboo stick and I honestly believed that could work. You’d get under the water and use the stick as a snorkel. The only trouble was I wouldn’t know when the Taliban had left and I could be under the water for hours and get bitten by a fish - that was the only setback with that one.

What are some of your memorable moments?

There were constantly people walking around the office looking like the walking wounded because our makeup artist had to practise her craft. It got a little bit exciting because everyone wanted to have a stab wound and everyone wanted to have a bullet wound. I’d have to say, “No! The makeup kit is going away for today” because I thought we’re going to run out of latex and have to get another makeup kit.