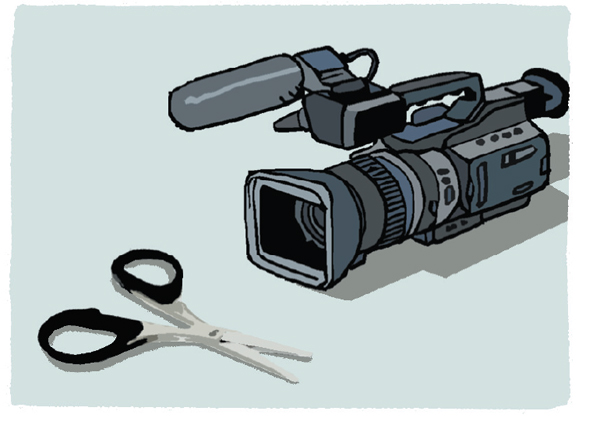 False and untested claims, although based on factual information, can be erroneous and dangerous, warned the Hutchins Report, a study on social responsibility and the media’s public role, in the U.S. Commission on Freedom of the Press in 1947. The report advised the media to stay “truthful” and separate fact from opinion as the first requirement needed to solve the evils of the modern press, as “there is no fact without context and no factual report which is uncolored by opinions of the reporter,” according to the report.

Even taking into account human error in judgment on matters of right or wrong, the state-funded Korea Broadcasting System’s opinionated report that forced Moon Chang-keuk to give up his nomination for prime minister is inexcusable in the context of journalism. On June 11, the report that highlighted fragments of a church lecture presented by Moon as one of top items on evening prime-time news cannot be deemed a responsible piece of journalism from the country’s largest public broadcaster or any other media.

In fact, the report practiced evaluative or untested claims common in muckraking journalism, which is out to stir noise and sensationalism. Alternative media that burgeoned in 1960s America defied the objectivity, over-cautiousness and neutrality of the mainstream press to feed arresting exposes. There were some landmark, courageous by-products of this like the 1972 Washington Post’s reporting on Nixon and Watergate. But today’s muckrakers are hard to differentiate from the yellow journalism of marginalized radical or dissident media groups. A publicly funded broadcasting entity, however, resorted to biased journalism that mostly served a particular audience instead of the mass population.

The report selected scandalous parts of the speech where Moon suggested that Japan’s colonization and war division of Korea was part of “God’s Plan.” Its molded connotations framed Moon as a “pro-Japan sympathizer” and a betrayer of the Korean race. It failed to carry Moon’s side of the story. He later said that the comment was made to make the Korean people stronger. The broadcasted part was based on factual information but, nevertheless, was packaged with the reporter’s opinion.

Exposes that investigate crimes and political corruption should also abide by the basic rules of journalism - fairness and balance. These values should be respected even when invading the privacy of an individual citizen or in reports involving various conflicts of interests. Although accuracy and objectivity cannot be absolutely guaranteed, different viewpoints should have been provided to make up for shortcomings in balance. The mechanism is particularly important for a broadcaster with a public function. Nowhere in the coverage on Moon was there an attempt to check or provide his opinion. The KBS stories ended with a short comment from Moon saying that he would explain himself at a confirmation hearing, which painted him as self-righteous.

The reports were unleashed as soon as the former journalist was nominated for the post that had been vacant since the incumbent prime minister resigned to take responsibility for the Sewol ferry sinking, ruining legislative confirmation proceedings. Legislative confirmation hearings on senior cabinet members have largely been criticized for serving political vendettas against the ruling party or government since they were introduced in 2000. And the media gangs up on candidates with a barrage of exposes on their past, as well as their entire family members, before lawmakers can get to them.

Americans, who have a long tradition of confirmation hearings, are different. Once a person is nominated for senior public office, he or she undergoes legislative scrutiny for two weeks. The media reports on the eligibility of the candidate to assess their potential to carry out the challenges required in the given office. The media and legislators work together to examine the candidate. Historical personal matters of the candidate are hardly raised. In Korea, personal and past behaviors dominate confirmations. KBS should have been more discreet about delving into Moon’s past.

Strictly speaking, media reports are a reproduction of facts and information. Reality is rearranged and bestowed with meaning through the news production process. The choice of topics and how they are represented is crucial. Media organizations usually have several gate-keeping stages to ensure objectivity and fairness. KBS has shown it has serious loopholes in the important news-making procedures in its report on Moon. The report took place while the broadcaster’s presidential position was vacant. The reform of KBS, whose independence and fairness has been questioned for a long time, can no longer be delayed.

Moon finally gave in to public pressure and withdrew from the nomination. KBS must be overhauled in order for it to be true to its primary role as a public broadcasting company with a mission to unite society and reach out to a wide audience. Telling the truth is not enough. Telling the truth truthfully is also important.

*The author is a professor in the department of mass communication and journalism at Sun Moon University.