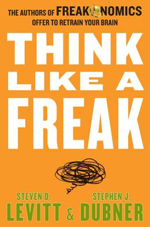 The New York Times best-selling “Freakonomics” changed the way we see the world, exposing the hidden side of just about everything. Then came “SuperFreakonomics,” a documentary film, an award-winning podcast and more.

Now, with “Think Like a Freak,” Steven D. Levitt and Stephen J. Dubner have written their most revolutionary book yet. With their trademark blend of captivating storytelling and unconventional analysis, they take us inside their thought process and teach us all to think a bit more productively, more creatively, more rationally - to think, that is, like a Freak. 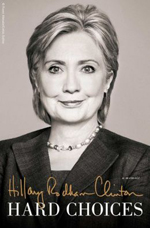 Hillary Rodham Clinton’s inside account of the crises, choices and challenges she faced during her four years as America’s 67th secretary of state, and how those experiences drive her view of the future.

“All of us face hard choices in our lives,” Hillary Rodham Clinton writes at the start of this personal chronicle of years at the center of world events. “Life is about making such choices. Our choices and how we handle them shape the people we become.”

In the aftermath of her 2008 presidential run, she expected to return to representing New York in the U.S. Senate. To her surprise, her former rival for the Democratic Party nomination, newly elected President Barack Obama, asked her to serve in his administration as secretary of state. This memoir is the story of the four extraordinary and historic years that followed, and the hard choices that she and her colleagues confronted. 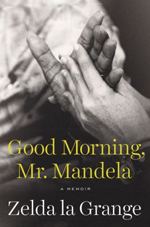 A white Afrikaner, Zelda la Grange grew up in segregated South Africa, supporting the regime and the rules of apartheid. Her conservative family referred to the imprisoned Nelson Mandela as “a terrorist.” Yet just a few years after his release and the end of apartheid, she would be traveling the world by Mr. Mandela’s side, having grown to respect and cherish the man she would come to call “Khulu,” or “grandfather.”