Lee to have cancer surgery

Lee to have cancer surgery 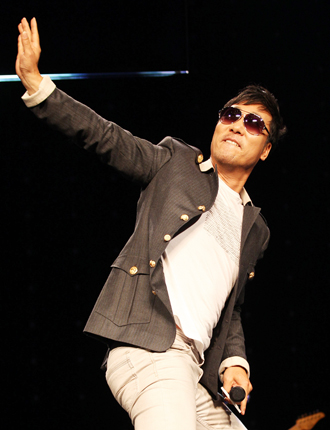 After wrapping up his nationwide and overseas tour on Saturday, veteran singer Lee Moon-sae will undergo thyroid cancer surgery in early July, according to his agency, Moo Boong, yesterday.

Lee’s concert series, which kicked off at Jamsil Indoor Stadium, southern Seoul, last June, accumulated an audience of more than 170,000 in 27 cities at home and abroad over 11 months.

Last Saturday, Lee held his grand finale in Sydney, Australia, in front of about 2,000 local fans. He appeared on the stage conducting Korea’s national anthem and followed with 20 of his hit songs, including ““Sunset Glow,” “Girl” and “Gwanghwamun Love Song.”

“For the last year, I appreciate the staffs and crew for making a great stage where I could present 200 percent of my talent,” said the 55-year-old singer at his last performance.

When Lee’s thyroid cancer recurred in March, he expressed a strong will to finish the tour, writing, “as long as my condition allows, I am not going to go under a surgery until all the concert schedules are done” on his Twitter account.