It’s all up to you, Mr. prime minister

It’s all up to you, Mr. prime minister 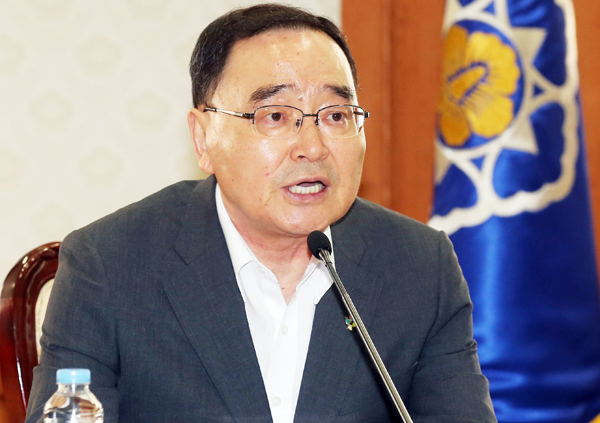 Prime Minister Chung Hong-won, who was in a vegetative state after the Sewol disaster, has come back to life 60 days later. The Blue House correctly assessed that there is no better replacement, while the opposition party fairly criticized the administration over its incompetence in failing to find an appropriate candidate. Both sides are guilty. The ruling and opposition parties must evenly split the responsibility for having caused a national divide and a government impasse for the past two months.

An important moment starts now. We can easily name 100 tasks that are more urgent than naming a new prime minister. The Blue House must make up its mind about what to do as it has devoted enough time to finding a capable prime minister who can lead national restructuring. It must begin to delegate authority, which Chung never had when he initially came to the post.

The opposition party should cooperate with the administration and the ruling party so that the government can function.

If it were truly an incompetent administration, wouldn’t it be necessary for opposition politicians to cooperate even more in running the country? That is the way to serve the people, like the opposition party always says.

The resurrected prime minister is now a predominant problem. He already surrendered his post once, so from now on it is as if he is doing his job for free. This is the main reason for him to change. If he wants to complain that he had no actual power, and there was nothing he could do, then he must give up the post right now. He should not have withdrawn his resignation to become a prime minister with no authority. If this is what he wanted, then he has been nothing but a victim of Park Geun-hye’s stubborn politics.

Many blame the system, but the problem has always been the individual. One person served as a prime minister for the longest term of six years and seven months by embracing all the president’s shortcomings, while another left the post after only four months because they challenged the president’s beliefs.

There is a saying that your own outlook on life decides everything, and this was true in the case of U.S. President Lyndon Johnson. He lost the Democratic nomination to John F. Kennedy in 1960, but Kennedy then chose him as his vice president. Johnson’s aides protested because they felt he could have more power as the majority leader than in this position.

Johnson, however, argued that power exists where he wants it to. After acceding to the presidency following Kennedy’s assassination, Johnson was re-elected with overwhelming support. Chung could become a prime minister who satisfies the people and reforms the country with a determination similar to that of Johnson or he could continue to be a prime minister in a vegetative state who simply extends his life while on his deathbed.

It is up to Chung.