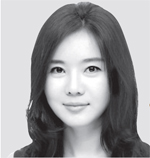 At the beginning of the Kim Jong-un regime, some people expected North Korea to change. It seemed like it was changing, since women could wear pants and the new leader appeared on stage with Mickey Mouse. But for all the superficial changes, the DPRK’s homophobic and misogynistic slanders have demonstrated that the leadership is dragging the country backward, and contradicting its own stated values, policies and objectives.

Take, for instance, North Korean state media’s recent homophobic attack on Michael Kirby, the Australian judge I met at the UN who led the Commission of Inquiry into the DPRK’s human rights abuses. The North Korean media mocked and criticized Kirby for being gay. This anti-gay hate speech is typical North Korean propaganda that has occurred for a long time. B.R. Myers, an expert on North Korean propaganda, said that in North Korea, “Homosexuality is often portrayed as a form of imperialist humiliation.”

But North Korea is actually making a mistake to criticize homosexuals. If the North Korean propagandists read their own constitution, they would have known that homosexuality is neither outlawed nor immoral.

The DPRK is also hurting its efforts to attract tourism and promote international investment. Just last year, Hong Yin-chol, head of the Publicity Bureau for North Korea’s National Tourism Administration, said tourists from the whole world are welcome in North Korea. Then, this must include homosexuals, but North Korea is making them feel unwelcome.

North Korean leaders should also apologize for their slurs of South Korean President Park Geun-hye and other women in positions of power. A headline from the Rodong Sinmun, the DPRK’s official mouthpiece, called Park a bitch. Some of their articles taunt her for not getting married or having children, among other insults. In 2005, North Korean media called U.S. Secretary of State Condoleezza Rice vulgar words like bitch and hen. This kind of sexist talk has no place in twenty-first century global society.

Sexism against women is also against North Korea’s supposed values, policies and objectives. According to the North’s official history, founding leader Kim Il Sung sought to make women socially equal, so he made a new law to prohibit abusive customs against women. The propaganda department in North Korea these days is going against Kim Il Sung’s wishes.

Moreover, North Korea acceded to the UN Convention on the Elimination of All Forms of Discrimination Against Women. So the DPRK must end sex-based discrimination and promote women’s power in the country. But this is unlikely to happen. Andrei Lankov, a North Korea scholar, explains that North Korea has “a deeply patriarchal culture where women are believed to be generally unsuitable for any position of power and influence.”

Therefore, North Korean women can’t believe that North Korea is a socialist paradise that promotes gender equality. Also, women throughout the international community could be less likely to visit as tourists or purchase any products coming from the North’s joint economic zones.

Ultimately, North Korean leaders and propagandists are being foolish to make such hateful comments about women and gays. The international community is already becoming more concerned, angry and active about North Korean human rights abuses. Now, North Korea has made the world even angrier by attacking women and gays - more than half the global population. North Korea is contradicting its goals with these hurtful comments.

BY Lee Hyeon-seo, Student at Hankuk University of Foreign Studies and a North Korean refugee living in Seoul, South Korea