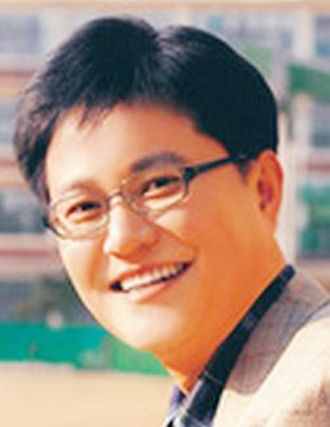 An elected Seoul Metropolitan Councilman was detained on suspicion of asking his friend to kill a 67 year-old man he owed money to from his election campaign.

The murder was committed in Gangseo District on March 3, and the friend ended up fleeing to China. When Chinese police caught up with him, he appealed for help from the councilman, according to police.

The councilman advised him to commit suicide.

Kim Hyung-sik, a former member of the main opposition New Politics Alliance for Democracy, allegedly borrowed 520 million won ($512,720) from the victim, who was surnamed Song, to raise funds for his campaign for the city council election in 2010.

Kim won reelection to the Seoul Metropolitan Council in the elections held earlier this month.

But according to Gangseo Police Precinct, he hadn’t repaid Song from the last campaign. Kim got angry when Song threatened to upset this year’s campaign by revealing the unpaid debt, police say.

So he allegedly asked a 44-year-old friend surnamed Paeng to help him out by bumping off Song. Paeng owed Kim 70 million won and agreed to the murder for his debt being cancelled, police said.

The murder was plotted, in fact, for more than a year, and with thoroughness, Paeng allegedly told the police. He said Kim gave him specific directions and provided information about Song. Paeng checked the daily routes of Song and visited his destinations in advance.

Paeng bludgeoned Song to death with a blunt instrument in a building in Gangseo District at midnight on March 3. A stun gun was also used.

Investigators said that at first, the plotters’ thoroughness threw them off their trail. Police said Paeng deliberately used multiple means of transportation and a cellphone registered under a fake name.

But by the end of March, the police identified Paeng as their primary suspect. By that time, the 44-year-old jobless man had flown to China to avoid arrest, but Chinese police caught up with him in May.

While being held in China, Paeng called Kim several times for help. The city councilman advised him to commit suicide in China, saying that if he returned home and was arrested, Kim’s life would be ruined.

According to the police, Paeng actually took Kim’s advice and attempted to hang himself with his shoelaces but was unsuccessful.

But then his attitude about his friend changed completely. The two suspects have known each other for ten years.

“Paeng said that he was always proud of his friend Kim and trusted him,” said a police official.

“But it seems that he was disheartened after his friend continually told him to commit suicide. His loyalty appears to have been shaken.”

Paeng was extradited from China in June. He told Korean police about Kim’s planning of the murder this month.

Kim denies Paeng’s accusation. In an initial round of questioning, he denied borrowing money from Song, police said, but later admitted it.