Back to school for Kang Ha-neul

Back to school for Kang Ha-neul 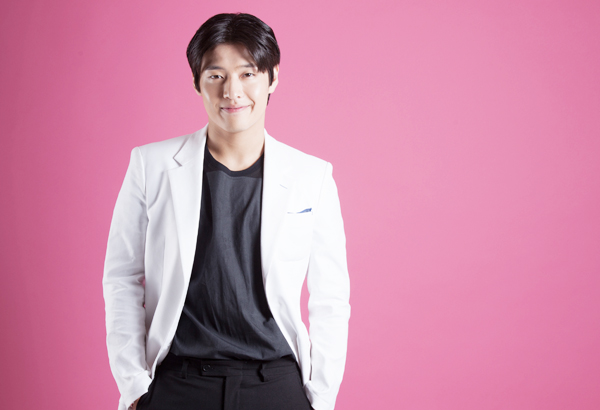 Kang Ha-neul’s career path as an actor started on a high school stage. And with his success playing a teenager in recent dramas such as “The Heirs” (2013) and “Angel Eyes” (2014), the 24-year-old has taken up yet another role as a high schooler, this time as a movie lead.

In Oh In-chun’s new horror flick “Mourning Grave,” set to be released on July 3, Kang plays In-soo, who has the ability to see ghosts. As the story unravels, In-soo becomes fond of a ghost girl with amnesia, played by Kim So-eun.

“I don’t care about the size of my role,” Kang said to the JoongAng Ilbo, an affiliate of the Korea JoongAng Daily. “But due to the uplifting ambience of the shooting scene, I really have a special affection for this movie.”

Q. Why did you choose this movie?

A. When I read the script, I saw a lot of similarities with Tomas Alfredson’s “Let the Right One In” [2008], which depicts the love between a vampire girl and a lonesome boy. I picked the movie out of a wish that a similar movie would be made in Korea, too. “Mourning Grave” is not a movie that is solely made to horrify viewers.

How did you approach the character?

I usually establish my character by savoring a lot of music, pictures and photos related to the movie. For In-soo’s character, I listened to haegeum player Jeong Soo-nyun’s instrumental piece “Beautiful Things in Life” repeatedly and also watched a lot of multicolored abstract images.

I related to a scene from “Let the Right One In,” where there are spots of blood scattered on white snow.

Are there any other works you related to that helped you play a character who is able to see ghosts?

I found it interesting that a horror movie was approached in such a delightful way.

How do you feel about the fact that a lot of your roles were high school boys?

I have worn school uniforms in nine of my works if you include musicals as well. Among them, the most special one was when I played a pure and an innocent boy in “Angel Eyes.” Before that, I used to play somewhat perfect and shrewd characters. In-soo, in the new movie, is far from being perfect as well.

What kind of suggestions did the director give you?

There is a scene where I let go of an old friend, Ah-young, who became a ghost when she was killed at a young age. According to the script, In-soo was supposed to just gaze at the girl as she leaves. But the director suggested I cry as I let go of her, which I also thought was necessary because it is where In-soo lets go of his own trauma as well. So I followed the director’s lead, and I cried so much while shooting that scene.

What made you become an actor?

I participated in a biblical drama at a church as a prop team member when I was in middle school. After that, I entered an ordinary high school that had an acting club. But to take my passion a step further, I transferred to the National High School of Traditional Arts.

When I told my parents that I wanted to become an actor, my parents, who were also stage actors, accepted it and that’s how I first set foot on stage in 2006.