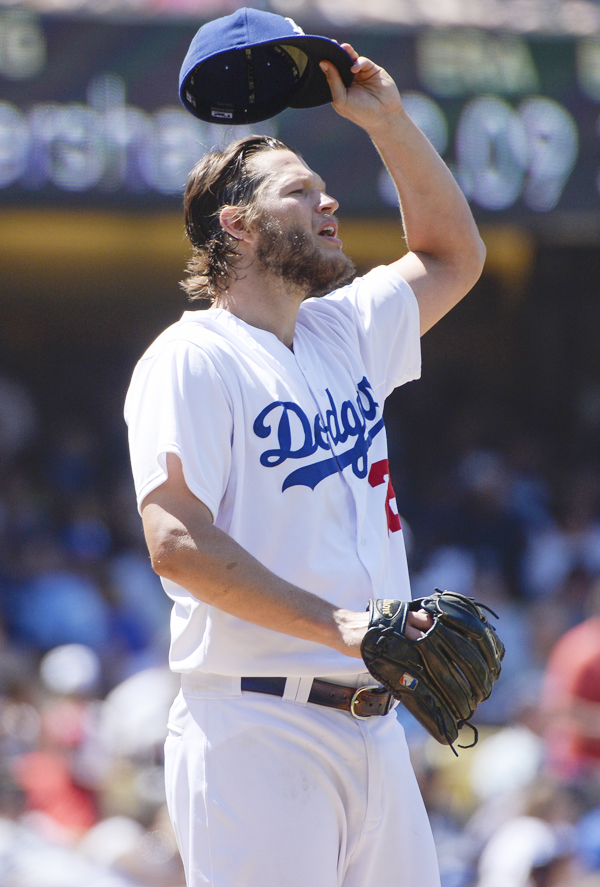 After Clayton Kershaw completed a spectacular month on the mound with yet another dominant victory, he struggled to muster much excitement about his performance or even the Los Angeles Dodgers’ leap to the top of the standings.

Kershaw knows it’s only June. But what a month it’s been for the Dodgers and their incredible left-hander.

Kershaw struck out 13 during seven innings of five-hit ball, and Andre Ethier hit a three-run homer in the Dodgers’ 6-0 victory over the St. Louis Cardinals on Sunday.

Kershaw (9-2) extended his career-best scoreless streak to 28 innings in his first home start since throwing his first no-hitter June 18 against Colorado. He went 6-0 with an 0.82 ERA in June, yielding four runs in 44 innings and striking out 61.

“More importantly, we’ve just won every game,’’ Kershaw said. “We’re on a good run. In a long season, we’ll go on a bunch of runs. We’ve just got to make sure the lowest points aren’t as low.’’

The Dodgers have had nothing but high points lately: With 12 wins in 16 games, Los Angeles (47-37) has pulled virtually even with the slumping Giants (46-36) atop the NL West. The Dodgers were nine and a half games behind San Francisco on June 8, but erased the entire deficit in three weeks.

“When we were struggling early, I think everyone knew in the back of their minds that we could turn it around,” Kershaw said. “Coming back and tying up the Giants in a month is not something we expected, just like we didn’t expect to go 42-8 last year, but we have that ability.’’

Kershaw’s bid for back-to-back home no-hitters lasted exactly two pitches before Matt Carpenter lined a single to left. Although he walked two and retired the side in order just once, Kershaw never allowed a runner to reach third base.

He finished strong by striking pinch-hitter Jon Jay and Carpenter to end the seventh, earning a standing ovation from the crowd.

“He’s been the best pitcher in the world [lately],” said Matt Kemp, who drove in the Dodgers’ first run. ‘’You get a day off from your legs sometimes when he’s pitching, because you don’t have to run too much [in the field].’’

The Dodgers took three of four from St. Louis in a rematch of last season’s NL championship series.

“We had a couple of guys on with leadoff hits, and the next thing you know, they’re still standing on the bag they started on,” St. Louis Manager Mike Matheny said. “A couple of times we had guys in scoring position, but [Kershaw] just wasn’t giving us much. He’s locked in.’’

Indeed, St. Louis had little chance on another vintage day for Kershaw, who hasn’t allowed a run since June 13. His 28-inning scoreless streak is the fifth-longest in franchise history, trailing only a who’s-who of Dodgers luminaries: Orel Hershiser, Don Drysdale, Don Sutton and Sandy Koufax. Kershaw has the longest streak since Hershiser’s record 59-inning run in 1988.