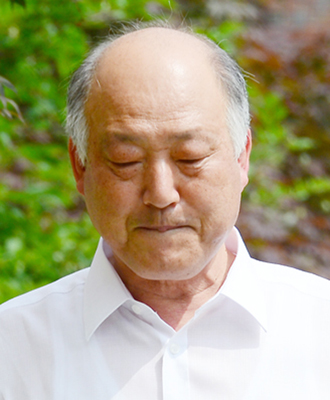 Rep. Yoo Eun-hae, from the opposition New Politics Alliance for Democracy (NPAD), alleged in a statement on Monday that all four theses submitted by nominee Kim Myung-soo for a professorial promotion at Korea National University of Education had content that had been copied directly from other dissertations without proper citations.

As a professor at Korea National University of Education and the president of the Korean Educational Research Association, Kim was tapped last month to serve as education minister and to simultaneously fill the newly established post of deputy prime minister for education, society and culture.

Rep. Yoo said that parts of the four dissertations are nearly identical to other authors’ papers, with slight deviations in the positioning or ending of words.

“There is a thesis about the teacher selection process,” she said, “and the thesis copied and combined more than three dissertations from other master’s students in and outside of his school.”

The lawmaker called on the Park administration to withdraw the appointment and cancel a scheduled confirmation hearing next Wednesday.

“Kim submitted the four theses as his primary work when he underwent an evaluation to be promoted to tenure track,” Yoo continued. “But he plagiarized master’s students’ work, thwarting all the responsibility and ethical standards ascribed to an educator. In this regard, it is justifiable to cancel the confirmation hearing.”

These revelations come on the heels of a similar accusation that Kim lifted a thesis from one of his students while working as a university professor.

Park Hong-keun, a lawmaker with the opposition party, accused the professor last month of copying the 79-page thesis of a master’s student studying under him at the school.

He presented two nearly identical theses as evidence, claiming that Kim summarized the thesis of his student and condensed it into a 24-page paper with almost identical content.

Kim defended himself, arguing that it was a common practice.

One teacher, who claimed that Kim served as her adviser when she was obtaining her master’s degree, supported the mounting plagiarism allegations in letters sent to major local media outlets.

“The dissertations that Kim stole are mostly done by his students,” said the educator, who identified herself as Lee Hee-jin. “I also remember watching students summarize their work for Kim so he could publish a new paper and put his name as the first author.”

Sentiment in the ruling party has appeared to be turning against Kim as well.

Lee Wan-koo, the floor leader of the ruling Saenuri Party, hinted at his disapproval in yesterday’s radio interview. “If the plagiarism issue is confirmed at the confirmation hearing, Kim won’t be able to pass,” he said.

However, Lee maintained that Kim’s qualifications should be reviewed in the hearing.