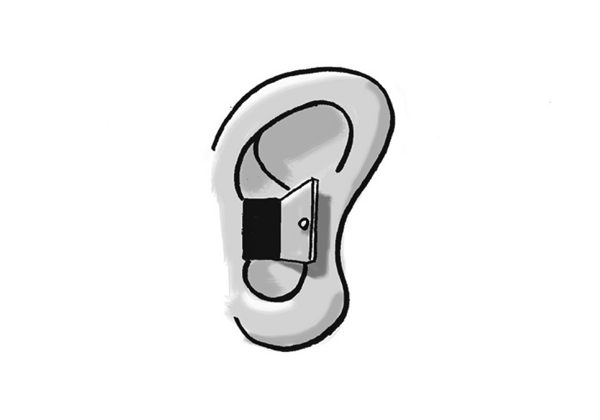 She was not the woman perfectly prepared to be president after all. While President Park Geun-hye vowed to usher in an era of happiness for Korea, its people feel like they’re living in an age of uncertainty. We have witnessed how inept the Park administration’s crisis management was in the wake of the Sewol ferry disaster and her failed appointments, including an inability to name a new prime minister. We only hope we won’t be confronted with a security or financial crisis as serious as the Sewol ferry tragedy.

International circumstances are not particularly stable. North Korea and Japan are having a a little love fest over the abductee issue, while Kim Jong-un launches ballistic missiles into the East Sea. The Abe administration in Tokyo has tossed the conciliation and contrition of its predecessors into the trash bin and is now dancing a dangerous sword dance. Tokyo threw mud at the Kono Statement, which acknowledged the forced mobilization of sex slaves for the Japanese military, and is openly pursuing a more militarized future through the concept of so-called collective self defense. The United States is distracted dealing with the collapse of Iraq. The smell of gunpowder in the Middle East and Ukraine could soon spread to the East China Sea. And this week, Chinese President Xi Jinping and his wife are making a high-profile visit to Korea. How bizarre.

One year and four months in office and President Park has lost her grip on administering the nation. The government is completely out of step. While she dissolved the Coast Guard, calling it primarily responsible for the failed rescue operation for the sinking Sewol ferry, she came up with the opposite diagnosis for her failed appointments. If she had used the same standards and logic, she should have dissolved the Blue House’s nomination committee and sacked Chief of Staff Kim Ki-choon. Instead, she gave more power to Kim by creating a post of Senior Secretary for Personnel Affairs. No wonder the Coast Guard is protesting its breakup.

Is our military’s culture responsible for the surreal situation of a soldier opening fire and killing five of his fellow soldiers? How are the people supposed to trust the military authorities who lie so frequently, send their children to serve under them in the military and trust them to defend our lives? National security is not guaranteed by military strength alone. Diplomacy must come first, and use of force should be the last resort.

Let’s look at foreign policy. Superficial diplomacy totally lacking in substance has blinded the president. The Korea-Japan relationship is fractured to the point of no return, but the foreign policy team makes no efforts to improve and just blames Abe. No one knows when North Korea will conduct an additional nuclear test or launch long-range missiles, but Seoul continues to gaze at China with folded arms. There is no bold or creative initiative to seek a breakthrough that employs our current good graces with China. Now is not the time to publish a book of speeches or articles by the foreign minister and vice ministers. But maybe the foreign ministry wonks can’t be blamed since the president herself is enraptured by fancy overseas tours.

The person nominated to be education minister is tainted by various scandals and allegations. There are a number of plagiarism cases. How can we let such an unethical man manage the future of our children? “Economic democratization” was one of the main campaign promises of Park. What will happen to the economy of Korea if someone who takes a lead in stultifying economic democratization and is engrossed in boosting the economy through pumping up the real estate market becomes head of the economic ministry?

The president needs to wake up and smell the manure. She must look back on herself and ask what went wrong. Her fault is obvious. In an interview with the JoongAng Ilbo, former National Assembly Speaker and elder statesman Park Kwan-yong said Park is afflicted with the “presidential disease.” She must get over the maniacal belief that she has to decide everything going on in the Republic of Korea, the obsession to become the president who accomplishes unification, and the misconception that she is doing well but her media and public relations team are letting her down.

She’s letting us all down. Park needs to keep her mouth closed and her ears open. She has to humbly acknowledge her shortcomings and listen to the opinions of different people. She has to meet people with different ideas and philosophies. Responsibilities and authority should be entrusted to ministers beneath her. The high point of her weirdness was when she decided to keep on a prime minister who had already tendered his resignation. If that’s the case, Park must finally give him some authority.

The opposition party should also stop attacking the president. We have no time for that nonsense. The nation is in a critical state. As a responsible partner in national administration, the opposition should help the government, however pathetic is has been so far, come to its senses and recover stability.