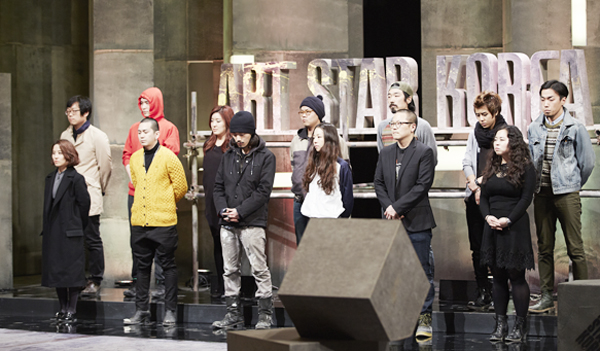 If you’ve been jaded by the spate of reality audition programs on Korean television lately, you might have felt skeptical when cable network Story On launched “Art Star Korea,” which follows a format similar to “American Idol.”

The “fearless art survival” show, as it was dubbed by the program’s PR team, sparked debate before it even started airing.

Each contestant on the show was given a limited time to create various works of art, from paintings to videos, under a certain theme.

Mainstream art critics thought it ridiculous to let fine artists compete on TV, a medium that they have long shown disdain for. Others noted that the TV industry is trying to drag down high art because of mounting competition.

However, during a press conference held at the Seoul Museum of Art (SEMA) in central Seoul on June 20, Shin Jae-hyun, the 32-year-old victor of the televised competition, said he appreciates the Story On production team for helping him reach a wider audience.

“After appearing in the show, I’ve certainly gotten a lot more positive feedback,” said the artist, adding that he had some trouble dealing with public apathy in the past.

“Young artists struggle to get to the next level, and sometimes the barriers to entry are so high. So many of them end up frustrated at the art world. We’ve definitely got help from the TV show.”

When the broadcaster launched “Art Star Korea” in March, its producer, Im Woo-sik, said his team wanted to use the medium of television to make people more familiar with contemporary art. But though the winner’s testimonial seems to validate the broadcaster’s initial mission, an unanswered question still lingers: Has “Art Star Korea” succeeded in blurring the boundaries between high art and popular culture? 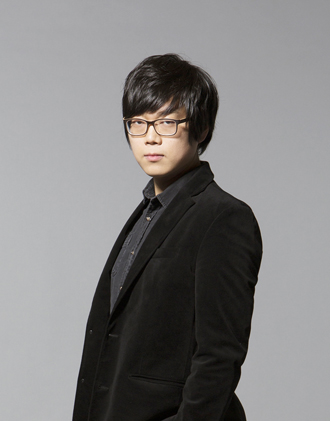 Since the early 2000s, Korean TV producers have immersed themselves in discovering talented individuals. The rags-to-riches narratives of several TV talent show winners began to draw young would-be stars from all walks of life, and the sob stories from some contestants appealed to viewers. Today, hundreds of competitors head to broadcasting stations every year to snatch a chance of becoming No. 1 in their fields.

After dealing with music, dance, acting and cooking among others, it seemed somewhat natural for TV producers to delve into high art, an area that was untouched by Korean pop culture.

But some critics, including Chung Joon-mo, believed it was inappropriate to bring fine arts into the fierce arena of TV competitions, because there is no fixed criteria to evaluate individual artists’ creativity. And as the contestants had to come up with results in a certain time limit, many art insiders thought the quality of the finished work would be mediocre at best.

Yet young artists were still captivated by the massive rewards promised. The victor would win 100 million won ($98,866), the producers said, and would receive two-year residency opportunities at Gana Art Gallery, a leading local art institute, followed by a three-month exhibition at SEMA.

Prominent figures in the Korean art scene judged the 15 contestants, who worked in everything from sculpture and performance to film and installations.

But a dilemma emerged: unlike fashion or cooking, art could not be evaluated with a single criterion, inflaming Internet debates.

After the first episode aired on March 31, the blogger berlin was the first to post some troubled feelings after watching the show.

“I couldn’t help but switch the channel,” he wrote. “Contemporary art is ‘different.’ How can someone evaluate and grade creativity?”

The blogger added that it seems like CJ E&M, the media conglomerate that operates 17 networks, including Story On, is just trying to discover another Nancy Lang, a local pop artist who often ignites public attention for her controversial performances.

Scores of art lovers flocked to an art blog run by the Korea JoongAng Daily’s culture desk chief Moon So-young, and a large number of commenters expressed their sheer distaste for the new type of audition program.

Another user, Silby, was disappointed with the production team. Silby complained that the narrative structure of “Art Star Korea” did not differ from that of “America’s Next Top Model,” the U.S. reality show that mainly focuses on the catfights of wannabe fashion models.

But after seeing a series of criticisms, Chateau-Talbot, another blogger, had a different perspective.

“Well, it seems like most of you have negative opinions about the show, but I think differently,” the blogger said.

“I want to ask how interested you are in contemporary art,” Chateau-Talbot continued. “I mean, besides the ones that studied art history.

“In truth, there are thousands of young artists who want to promote their original artworks to the people out there,” the blogger said, in support of the art majors.

The Internet writer also hinted that it was the structure of Korea’s contemporary art world that is the problem, rather than the controversial TV program.

“The artworks’ qualities of the ‘Art Star’ applicants will apparently be lower than the others [that created in regular ateliers],” Chateau-Talbot wrote, “but do we really have to attack those artists for exposing themselves on a TV competition?

“I guess you guys are pointing at the wrong ones for the criticism,” the blogger concluded.

Chauteau-Talbot’s points were reinforced by the finalists in interviews held on June 20. Contrary to popular belief, today’s contemporary artists long for active interactions with the public. 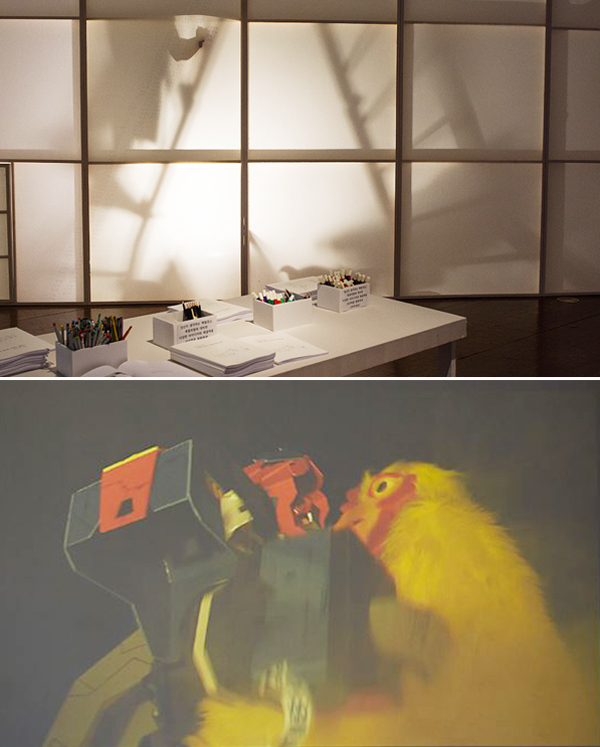 Performance artist Ku Hye-young, who finished as a runner-up on the show, noted that public attention makes her very active.

“As you may have seen in the 10th episode, we were all asked to find our way to critique Korean contemporary art,” said Shin.

During the 10th episode, Ku, dressed in black vinyl bags, tethered herself to white columns to convey how artists feel subordinate to the authority of museums.

“Young artists have clashing feelings toward the mainstream art world; they want to be free from the power, but at the same time they want to please them to display his or her works,” Ku said.

In this sense, the 12-week exposure offered by the show was irresistible to many budding artists.

But although the new artists and some members of the contemporary art scene felt positive about the show, general viewers did not warm to the program.

“I did not watch the whole show,” said 22-year-old college student Yoon Ji-hye at SEMA last week. “I couldn’t relate to the contestants because I’ve never been familiar with art history.”

Though she felt “uncomfortable” by the high art and the artists depicted on the program, Yoon said that she still enjoyed the SEMA exhibition.

Yoon’s opinion of “Art Star Korea” exemplifies the gap between the art world and reality. Conceptual artists have long been immersed in their own artistic ideas, choosing to alienate themselves from ordinary people and leaving them skeptical of contemporary art as a result.

As noted by critic Hong Kyung-han in “Art Star Korea,” “conceptual art is, after all, not easy for everyday people.” Hong was on the show’s judges panel, along with Pohang University of Science and Technology Professor Woo Jung-ah and Kaywon University of Art and Design Professor Yoo Jin-sang.

“I’m one of the few fans that truly loved the show,” Kim said.

Kim explained that after watching some parts of “Art Star,” she was inspired to look for famous artists’ works on YouTube.

Producer Im explained that this was his team’s motivation. “Sparking controversy itself, I think, is important, because nobody actually talks about art these days,” he told local media at a press conference prior to the show being aired in March.

Art critic Ban E-jung, who took part in the show as a mentor to the 15 contestants, said that people tend to set much stricter standards for TV competitions.

“So many multimillion dollar art festivals take place in the country, but only few of them appeal to the public,” Ban said.

Ban also noted that television has a much higher chance of promoting contemporary artists but on the flipside pointed out that the artworks came with too few explanations.

“Well, even when covering contemporary art, broadcasters still need to think about viewer ratings,” Ban explained. “And I guess that is the dilemma of the TV competition for artists.”

The critic told the Korea JoongAng Daily that dramatizing the 15 characters’ conflicts was inevitable for the producers.

Throughout its 12-week journey, “Art Star Korea” highlighted the possibility that TV could help contemporary artists communicate with ordinary people.

But possibility is not enough. There still is a long way to go before everyday people can enjoy contemporary art. After all the controversy on the Internet, it could be argued that one thing is clear: Television, once regarded as an “idiot box” in the last generation, has begun to emerge as a powerful alternative to challenge the hegemony of contemporary art.