It’s not only about rhetoric

It’s not only about rhetoric 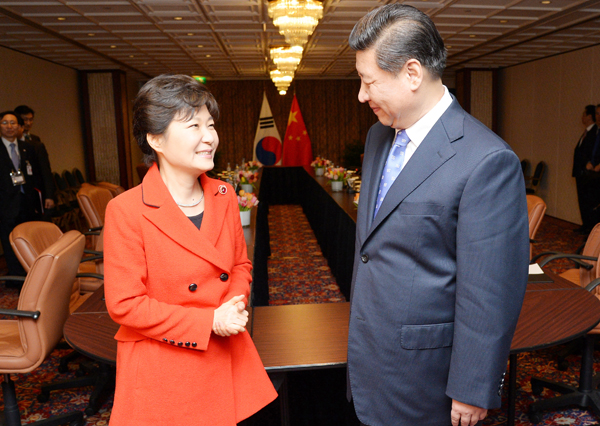 What Korea is lacking most in its diplomacy with China is empathy. Korea analyzes China’s position skillfully, but it is not very good at understanding how China perceives Korea.

Korean diplomacy has become accustomed to looking at China with an American or Western-oriented mind-set. That’s how Korean foreign policy is preparing for Chinese President Xi Jinping’s July 3 to 4 visit to Korea. A Ministry of Foreign Affairs official said, “China is more enthusiastic about upgrading the strategic cooperative partnership to a comprehensive strategic cooperative partnership. And Foreign Minister Yun Byung-se said, “President Xi visiting Seoul before North Korea has a major implication.”

But from China’s perspective, it would be more appropriate to have concerns and worries before having high hopes. Korean Peninsula experts and diplomats in China say they anticipate three things from Xi’s visit to Korea. The first is the neutralization of Korea. As China is betting on establishing a new dual power dynamic with the United States, it is not very pleased about Korea being too close to America. As Korea and the United States get closer, the U.S. “pivot to Asia” strategy will gain momentum, which will not benefit China’s security.

Beijing wants to change Korea’s dependence on China for the economy and on the United States for security. Yan Xuetong, the dean of the Institute of Modern International Relations at Tsinghua University, argues that forming an alliance with Korea and tying Korea up between China and the U.S. will further China’s national interests. In the end, Korea has to respond to China’s call for neutrality one way or another. It is a task worth worrying about, rather than anticipating.

The second is the North Korea problem. Seoul seems to be expecting that China will possibly modify its strategy on North Korea since the Chinese president is visiting Korea first. That’s the implication that Minister Yun hopes for. But China is on a different page. A Chinese foreign ministry official said, “The time has changed, and the protocol is no longer so important.” The schedule was made according to the situation, and the order of visit is not so significant.

And Xi’s visit will also affirm that there are little changes in the existing Korean Peninsula policy: resolving problems through denuclearization, stability and dialogue. While Korea hopes Beijing will change its North Korean policy, China is asking, “How are you going to convince us?”

The third is the stability of Northeast Asia. China believes that the latest instability in the region originates from Japan’s conservative swing. Therefore, Beijing firmly wants Korea to cooperate in the anti-Japan front. However, if Seoul keeps up with China and maintains a Cold War-like confrontation, Korea’s position could become awkward when China and Japan improve their relations. As Seoul prepares for President Xi’s visit, which is described as a “family visit,” Korean foreign policy should face the concerns rather than heap fancy praise.