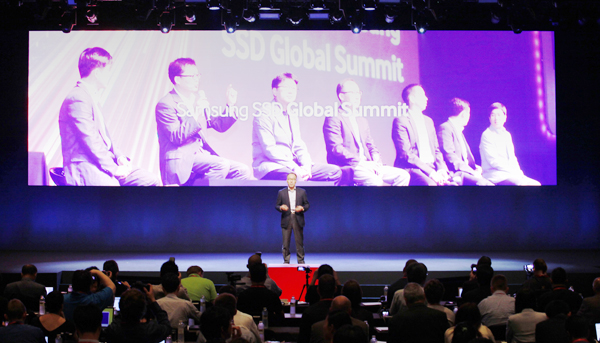 Samsung Electronics yesterday held its SSD Global Summit at Shilla Hotel in central Seoul. At the summit, the nation’s largest tech company launched the 850 PRO, a new solid state drive (SSD) lineup applying the world’s first 3-D vertical NAND (V-NAND) flash memory. The 850 PRO comes in four sizes: 128 gigabytes, 256 gigabytes, 512 gigabytes and 1 terabyte. According to the company, the 850 PRO has high-speed processing and strong endurance and energy efficiency. About 170 people including businessmen, journalists and power bloggers from across the globe including the United States, China, Japan, Germany and Australia attended the event. [NEWSIS]