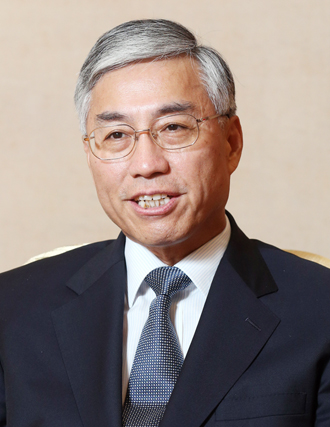 “President Xi Jinping’s visit to South Korea will certainly become the most important milestone in the history of exchanges between the two countries,” said Chinese Ambassador to Seoul Qiu Guohong.

Ahead of Xi’s arrival in Seoul Thursday for a two-day visit, Qiu sat for an exclusive interview with the JoongAng Ilbo at the Chinese Embassy in Myeong-dong in central Seoul on Friday afternoon, right as the two countries simultaneously announced Xi’s schedule.

Xi’s state visit “will hold significance by raising [Korea-China] relations from that of a strategic cooperative partnership to a comprehensive level,” said Qiu, a career diplomat from Shanghai, in his first interview with the Korean media since he took his post as ambassador to Korea in February.

But whether the two countries’ relationship will be elevated to a “comprehensive strategic cooperative partnership,” Beijing’s highest level of diplomatic relationship, the ambassador responded, “that remains an issue to be discussed during the summit.”

Echoing the standard Chinese position on denuclearization of the Korean Peninsula, Qiu, who previously served as ambassador to Nepal, said he “hopes for a speedy resumption of the six-party talks.” He added Beijing supports “an autonomous peace and unification through dialogue between North and South Korea.”

“The relationship between South Korea and China couldn’t be any better,” Qiu proclaimed. “Following the inauguration of the new governments last year … everybody said new challenges must be overcome and opportunities must be seized.”

Q. What issues will be discussed at the bilateral summit between the presidents?

A. There will be plentiful exchanges of opinions not only on bilateral relations but international problems that fall within our area of common interest. They [Xi and Park] will likely contemplate a larger plan for the advancement of the two countries’ relationship. It will certainly be a meeting on how to deepen strategic consultations and political trust. Right now, working groups in both countries are earnestly and actively in preparation [for the summit].

What level of discussion will be held on the North Korea nuclear issue and peace on the Korean Peninsula?

China’s position is clear. The denuclearization of the Korean Peninsula has to be realized, peace and security maintained, and the problem needs to be resolved through dialogue and negotiation. This is for the joint benefit of South Korea and China and is a goal that has to be achieved together. Recently, tension on the Korean Peninsula has slightly eased, but a complicated and sensitive atmosphere still continues to persist. We appreciate highly South Korea’s active efforts to improve North-South relations.

Do you expect agreement on international issues including those in the Asia region?

I expect [the two leaders] to express that Korea and China jointly hold a desire for peace and security in the region and will actively contribute to the resolving of related issues.

In terms of economic cooperation, do you see the China-Korea free trade agreement (FTA) being an important item on the agenda?

Bilateral FTA negotiations are proceeding smoothly. We are trying to speedily conclude a comprehensive, well-balanced but at the same time high-level agreement. The two countries are already deepening their profitable relationship in the economic arena. Korea is one of China’s top three trading partners and an important country in terms of attracting investments. Korea’s investment in China reached $57.7 billion by April, and China’s investment in Korea increased to $1.2 billion recently. With such an atmosphere, an FTA will be useful to both countries’ economies.

How do you see relations between Korea and China?

After 22 years of diplomatic ties, they couldn’t be any better. The meeting between the two countries’ leaders shows this directly. Following President Park Geun-hye’s China visit in June last year, the two leaders have met an additional three times at the G-20 Summit [in St. Petersburg] in September, the APEC (Asia-Pacific Economic Cooperation) summit [in Bali] in October, and the Nuclear Security Summit in The Hague in March [this year]. There is unlimited potential in advancement between Korea and China.

Following President Park’s visit to China one year ago, people-to-people exchanges have become an important trend.

Exchanges between nations depend on how close their peoples are. After President Park’s visit to China, the two countries established a joint committee to start exchanges in education, culture, media, youth and academics. President Xi’s visit this week will certainly bring new momentum to the development of such exchanges. Though it has been said before, the two countries’ strategic cooperative partnership’s foundation is “the will of the people.”

The exchanges in the humanities area between the two countries will strengthen the influence of Northeast Asian culture internationally.