Lessons from the World Cup

Lessons from the World Cup 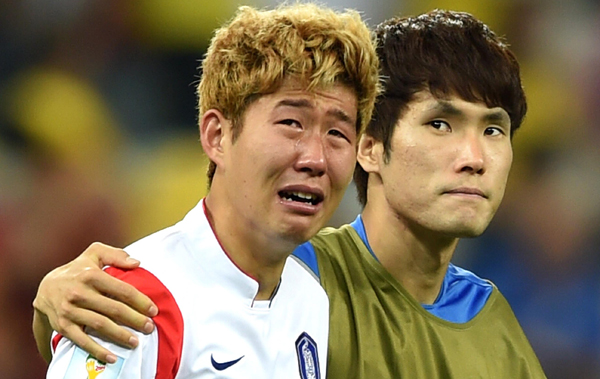 Every football fan I meet has been pleasantly surprised by the World Cup’s high level of competition and quality. Exemplified by Costa Rica’s remarkable start, quite a few nontraditional teams that global football brand names once viewed as mere pushovers, even irritations, have done surprisingly well.

Meanwhile, some once-mighty teams - such as England, Italy and Spain - find themselves out of the competition, unable to make it through a competitive initial stage. Others, such as Argentina, Germany and Portugal, have encountered scrappy squads that gave them a scare, and they now have to take those seemingly weaker competitors more seriously.

So, it’s only the first round and already we’ve got riveting football, including several nerve-racking endings to very close games.

This is quite a change. It wasn’t so long ago that the World Cup’s first rounds lacked suspense - so much so that some fans regretted FIFA’s decision to expand the number of participating teams to provide more slots for countries outside Europe and South America. That expansion has helped draw more fans around the globe to the World Cup. It has also attracted players who, away from duty for the national team, play in similar club leagues and regional competitions - particularly in Europe.

There are also good reasons to argue that this year’s surprising World Cup has something to do with the earlier decisions by European national leagues to allow a larger number of foreign players to join individual teams. This provided valuable opportunities for talented players from Africa, Asia, Central America and the Middle East to develop their skills and acquire new ones in more competitive and better organized leagues. Players now get to know one another well before the major tournaments come along, and this reduces the intimidation that the nontraditional national teams inevitably feel when facing legacy powerhouses in the World Cup.

What is good for the sport as a whole, however, is not good for every team. Some of the more traditional national teams feel undermined by these changes, and there have been proposals in England to reimpose tighter limits on the number of foreign players on each league team. Many teams also think that club schedules make it hard to prepare for national games.

Yet, there are ways for the older brand name teams to cope with the more challenging circumstances they face. It requires better discipline and organization, along with efforts to upgrade and modernized their playbooks. Germany, for example, has already done a lot of that (though even this perennial football power still isn’t guaranteed safe passage out of the first round).

I also think that this great, global contest we’re watching offers some insights on broader challenges facing the world economy, in particular what countries and companies need to do better to increase growth, create jobs, reduce inequality and generate greater prosperity for the most people.

? Improve the access of talent, no matter where it resides, to competitive venues that allow those people to develop.

? Enable that talent to compete in a fair, competitive and rule-based environment.

? Provide an organized context in which those now enjoying better access can occasionally go home to improve their local economies.

? Adapt to changing circumstances and deploy better management practices so legacy economic titans don’t get paralyzed by paradigm shifts even if their historical advantages are eroding.

There was a time when similar considerations underpinned regional and global efforts to promote freer and fairer trade in goods and services, together with safer movements of labor and capital. In recent years, however, that scenario has been undermined by the growth in nationalism and economic insularity fueled by prolonged periods of low growth and high unemployment. It might be time, as the World Cup reminds us, for a return to some first and simple principles.

*The author is the chief economic adviser at Allianz SE and chairman of Barack Obama’s Global Development Council.