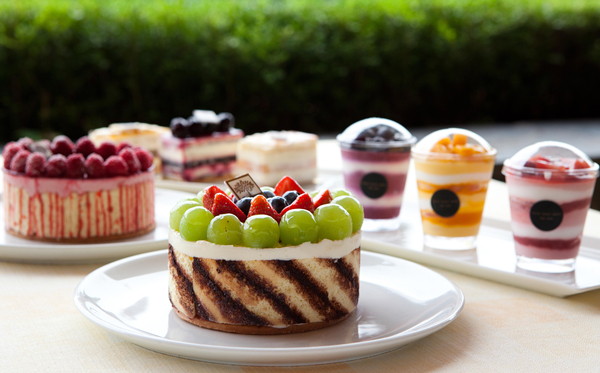 This month: The Deli at the Grand Hyatt Seoul is promoting a variety of yogurt desserts to help people recover their lost appetites during the hot, wet days.

The desserts are available in many flavors, from orange to raspberry, and are available as both cupcakes and large cakes. Prices start from 7,000 won for cupcakes, including taxes.

In addition, The Deli will be holding its popular Grand Wine Sale featuring more than 80 varieties of premium global wines all at discounts up to 66 percent off from July 2 to 6.

Using Skin Regimen products from Comfort Zone, the package offers facial and body treatments to provide elasticity and firmness to the skin.

Prior to the treatment, a foot massage is given to cleanse the feet in mint-scented water, followed by a welcoming ritual of spraying lavender water on and around the bed.

This enables guests to smell the aromatic oil and increase their enjoyment of the spa experience. The 90-minute “Detox and Design Your Body” program begins with an anti-aging body scrub containing chia seed granules to detoxify the skin. After the body scrub, a gel-cream is applied to promote fat breakdown and micro-circulation, leaving a smooth, glowing and radiant skin.

Hot-stone therapy and a cellulite-attack massage to promote slimming as well as a body mask are offered to maximize the effects of eliminating toxins and breaking down fat in the body.

In the last stage, a facial treatment is provided. 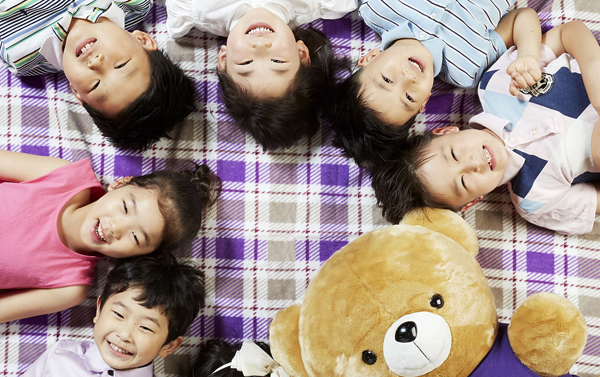 Through August: Conrad Seoul has introduced a “Conrad Junior Package” to let families with children enjoy a summer vacation together in the center of Seoul.

The package is comprised of a one-night stay for two adults and one child, a Conrad junior kit that includes mission games, a passport made up of puzzle games, a paint set, children’s slippers, bath products and an origami set.

With the kit, children are able to carry out missions by exploring the hotel’s facilities.

A portion of the profits from this package will be donated to Korea’s Make A Wish Foundation, which helps grant wishes to terminally ill children.

Conrad Junior package guests are also invited to participate in a donation project.

Children who complete all of their missions within their period of stay will receive gifts from the Pasticceria Deli at Conrad Seoul and will get a Polaroid picture taken with a Conrad bear.

The package is available for children between the ages of six and 10. It is priced from 345,000 won for two adults and one child. A fee of 50,000 won is applicable for one additional child.

Through August: Plaza Hotel Seoul introduces its “Summer Fever Package,” which is composed of three types.

The first includes a selection of American craft beer, together with assorted snacks that can be enjoyed privately in the room. Guests can choose two out of five popular beers from the United States such as Blue Moon, Anchor Steam, Sierra Nevada, Lagunitas IPA, Racer 5 and Samuel Adams.

The second type features various summer dessert tasting at “The Lounge” in the lobby.

All guests staying at the hotel through the summer packages will receive cosmetics as gifts.

The package starts from 260,000 won excluding taxes and services charges.

Through Sept. 5: The Grand Hilton Seoul is presenting a few summer packages.

The first includes an overnight stay at the Grand Hilton with two cups of iced coffee, a Hilton tumbler, tickets to the Daelim Museum ‘Troika’ exhibition and a bookmark. The package is priced from 182,000 won to 350,000 won. The price varies depending on the type of room.

The second summer set, designed only for female guests, includes a one-night’s stay in a suite accommodating up to six people. Since the suite is spacious, guests are able to throw a party and enjoy red wine, simple snacks and a cheese plate. The package starts from 199,000 won.

For the first 10 people who book the women’s package, a complimentary class on flower arrangement will be given. Guests have to pay for the flowers and other material costs, though.

A package for families is also available, which includes a one night’s stay in a suite accommodating up to four people, a Hilton tumbler and an ice cream voucher. The package starts from 205,000 won.