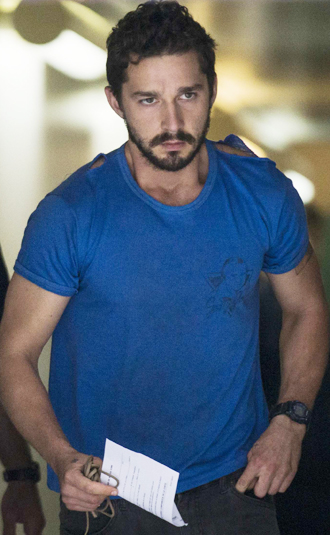 Actor Shia LaBeouf exits Midtown Community Court in New York last Friday. LaBeouf, who starred in the “Transformer” movies and with Harrison Ford in “Indiana Jones and the Kingdom of the Crystal Skull” did not enter a plea on Friday after being charged with disorderly conduct and harassment. [REUTERS]

LOS ANGELES - Actor Shia LaBeouf, who was accused last week of disturbing a performance of musical “Cabaret” in New York, is undergoing treatment for alcoholism, his publicist said Tuesday.

The actor was arraigned last week on charges of disorderly conduct and harassment after police said he interrupted a performance of “Cabaret” inside New York’s Studio 54, used obscene language and became belligerent when asked to leave.

“He understands that these recent actions are a symptom of a larger health problem and he has taken the first of many necessary steps towards recovery,” Kates said.

A disheveled-looking LaBeouf did not enter a plea to the New York charges, which are all misdemeanors or violations so the former Disney child star would face minimal or no jail time if convicted.

LaBeouf’s promising career has been upended recently by bizarre behavior that has included attending a red carpet premiere at February’s Berlin International Film Festival wearing a brown paper bag saying “I Am Not Famous Anymore.”