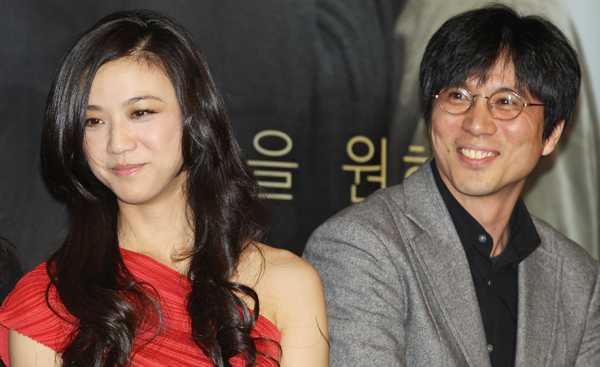 “The two worked together on the movie ‘Late Autumn’ and maintained a friendly relationship even after the film ended,” said the director’s agency, Bom Film Production.

“In October 2013 when Tang Wei visited Korea to shoot a commercial, they turned their relationship into a romantic one. Afterward, they traveled between Korea and China until recently when they decided to get married.”

The exact date of the marriage hasn’t been decided, but Bom told Ilgan Sports, an affiliate of the Korea JoongAng Daily, that it will take place sometime in the fall.

It also added that the exact whereabouts of director Kim is unknown but that he is currently abroad.

In 2012, the soon-to-be-married couple was rumored to be dating, but Kim dismissed the rumor by saying that they are in no more than just a “actress and director relationship.”